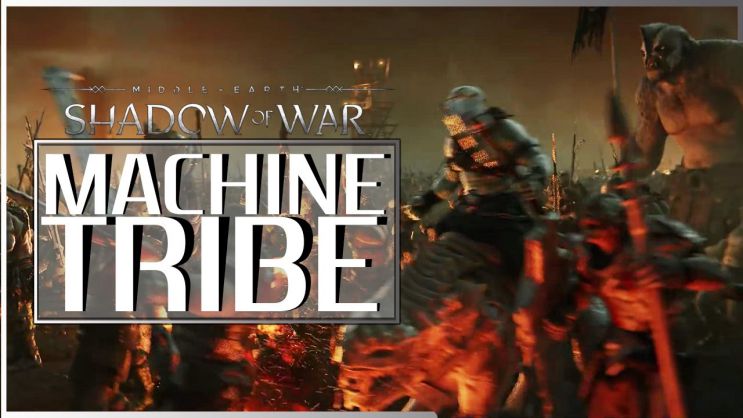 Is it just me or is Middle-earth: Shadow of War revealing much more than I thought the game would have? At this point, with all the content we’re seeing, the delay makes much more sense. The title is ambitious, I will say that, as already the sequel to Shadow of Mordor is much bigger already.

The Machine Tribe is a faction of Orcs who believe that Mordor is on the cusp of a new age, one of industry and mechanization. Fueled by the mines of Tamon Angren, their smithies and forges turn out much of the Dark Lord’s war material, and the black plumes in the sky are a sign that the Machine tribe’s factories are near. In Shadow of War, Orcs now belong to tribes, which extend their influence stemming from the Overlords ruling the mighty fortresses throughout the open world, providing a rich ecosystem of missions, exploration and a dynamic Orc society with diverse Orc cultures, all brought to life through the expanded Nemesis System. The Machine tribe takes a mechanical approach to warfare with their soldiers moving in lockstep. Every member of the tribe sees himself as just a cog in the larger apparatus, one that someday will encompass all of Mordor.