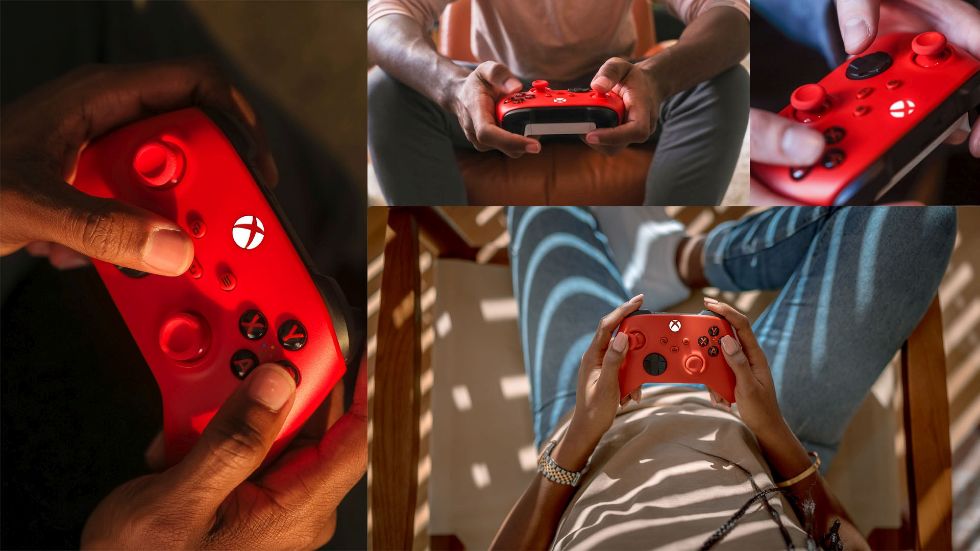 While the Xbox Design Lab is currently taking a short break before returning at some point this year, that doesn’t mean you still can’t add some personality to your Xbox controller. Today, Xbox has revealed the new Pulse Red edition of the new Xbox Wireless controller and over on Xbox Wire, Navin Kumar, Director of Product Marketing spoke about the new colour scheme. “Each year, we look forward to bringing many new controller designs to our fans,” says Kumar on the controllers. “With the launch of the Xbox Series X|S in November, we were eager to bring you our new Xbox Wireless Controller in three options: Carbon Black, Robot White, and Shock Blue”

Today’s reveal of the Pulse Red might be described as a fiery-red top, but in Canada, it’s looking highly patriotic. Matte black triggers, bumpers, and hybrid D-pad reduce slip against sweaty fingers and thumbs for greater control, a few of the improvements Microsoft has made with this new generation make the new controller feel like a premium product, a mix of the Elite 2 controller and a standard gamepad.

If you’re looking to add a second controller, the Xbox Wireless Pulse Red Controller launches on February 9, 2021, and retails for $65 US (or roughly $85 CAD). I know I’m having a hard time deciding between the Shock Blue and the Pulse Red right now, so I have about a month to decide before I order one.