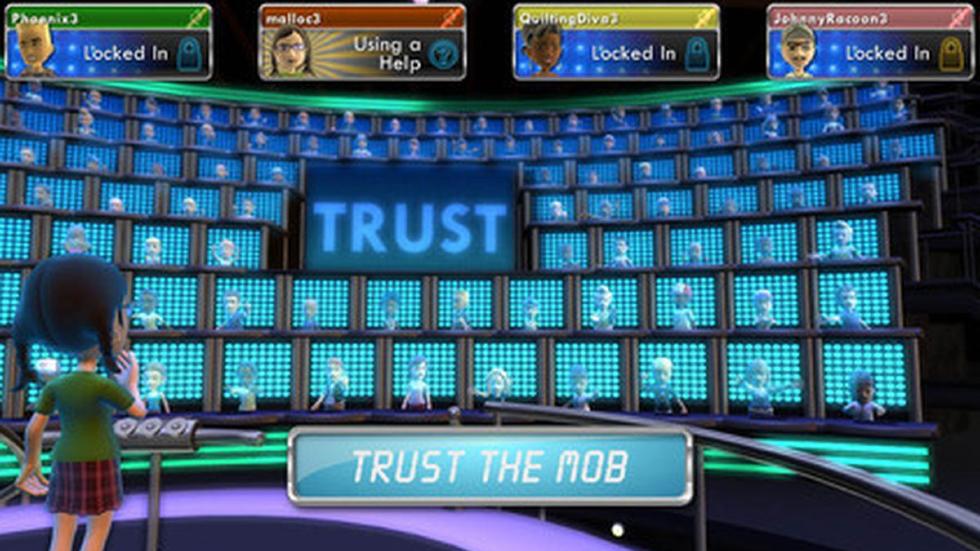 Microsoft is Working on a 1 vs 100 Revival

One of the best things to ever grace the Xbox 360 was in fact, 1 vs 100, the social party game that pit one player against a group of 100. It was a game where The One would take on The Mob whole the Crowd looked on and it was easily one of the biggest highlights for me. So, hearing today from Jeff Grubb on his Giant Bomb show that the game is currently being worked on is exciting.

Grubb says a 1 vs 100 revivals is happening over at Altspace VR, a mixed reality division over at Microsoft. The One would answer a question vs The Mob and if The One answered incorrectly, the 10,000 Microsoft Points would be split up between The Mob. Furthering his claim, Grubb states that the game will use the 3D avatars introduced to Microsoft Teams.

“1 vs. 100 is coming back,” Grubb says. “They are definitely making that game… and it seems like it’s coming from the Altspace VR team. They’re spearheading the project and all of the avatars we saw in the Microsoft Teams thing last week, they’re going to use those avatars and bring that stuff in.”

Phil Spencer has previously mentioned that there have been talks to revive the series, but the team has faced hurdles making it a reality.

“I just want to say, when our teams are trying to do new things that we’ve never done before, I want to be 100 percent behind those things,” Spencer said. “Sometimes they’ll turn out amazing, sometimes they’ll be good learning experiences for us.

“But for all the fans who have been on this with us, we’re going to make it good with you guys. We don’t know exactly what it is yet, so thanks for hanging with us during this and our little experiment. We’ll learn. Maybe we should even be building our own trivia game, like from our past, that allows people to play a trivia game more often, maybe that could happen…”

Back in 2019, the topic came up when talking to Stevivor, “we should do it again,” said Spencer. “The problem with 1 vs 100 specifically is it’s an IP that’s owned by a game show company.

“But I’ll say Matt [Booty, head of Xbox Game Studios] and I have had a lot of discussions about the idea, whether it’s that IP specifically or just the idea of what it was, is something that we’d love to go do.”

He added: “So we’re out there kind of looking at ideas and talking to teams. Because I think that was one of those ideas — and it’s a cliche, almost — that might’ve been a little ahead of its time.”