One of the most famous GAAD events that co-workers of mine at CBC have replicated yearly for able-bodied staff is the stealing of one’s computer mouse.

Supposedly, this practice traces itself back to the early days of GAAD, when Minnesota IT Services challenged their staff to spend 15 minutes navigating their computer without a mouse. You can actually replicate the challenge yourself if you are brave enough!

At CBC, we would have a table set up for GAAD with 4-5 computers, with each one challenging staff members to spend some time using a computer only using assistive technology. One computer was missing a mouse. One had a colourblind filter on it. One could only be used with a screen reader.

The point of all of this is to say that once you experience challenges like these ones, you begin to understand how people with disabilities and those who help them create solutions adapt.

Microsoft’s Inclusive Tech Lab is no stranger to the process of helping Microsoft users across products and the disability spectrum adapt.

We’ve seen how they’ve done it in the past with products like the Xbox Adaptive Controller or the Surface Adaptive Kit, as well as with built-in assistive technology across Skype, Teams and even AI.

Similar to the Surface Adaptive Kit linked above, this new mouse and button kit aims to solve several use cases on PCs and phones relating to those facing physical barriers with the mouse, keyboard, and touchscreens.

The kit has no price tag as of yet. Still, Microsoft and the Inclusive Tech Lab have been very attentive on past projects like the Xbox Adaptive Controller and the Surface Adaptive Kit to using third-party peripherals and 3D-printed objects to keep costs down as many users of these devices are on fixed incomes from disability support programs, assistive devices grants and other pensions and savings programs.

Let’s bring 3D printing back to the forefront, shall we? Believe it or not, 3D printing has become a huge part of accessibility due in large part to the fact that it allows for quick construction of unique devices in cost-effective, small-batch ways.

It would appear that this is the core idea behind the Adaptive Accessories Kit. The kit is quite simply the Adaptive Mouse, Adaptive Buttons, and the Adaptive Hub. From there, users have a multitude of options to change each item with their own assistive devices and 3D-printed tools.

In the video above, you’ll notice that the Adaptive Buttons and the Adaptive Mouse switch and feature different surface inputs. This is where 3D printing and adaptability really come into play. 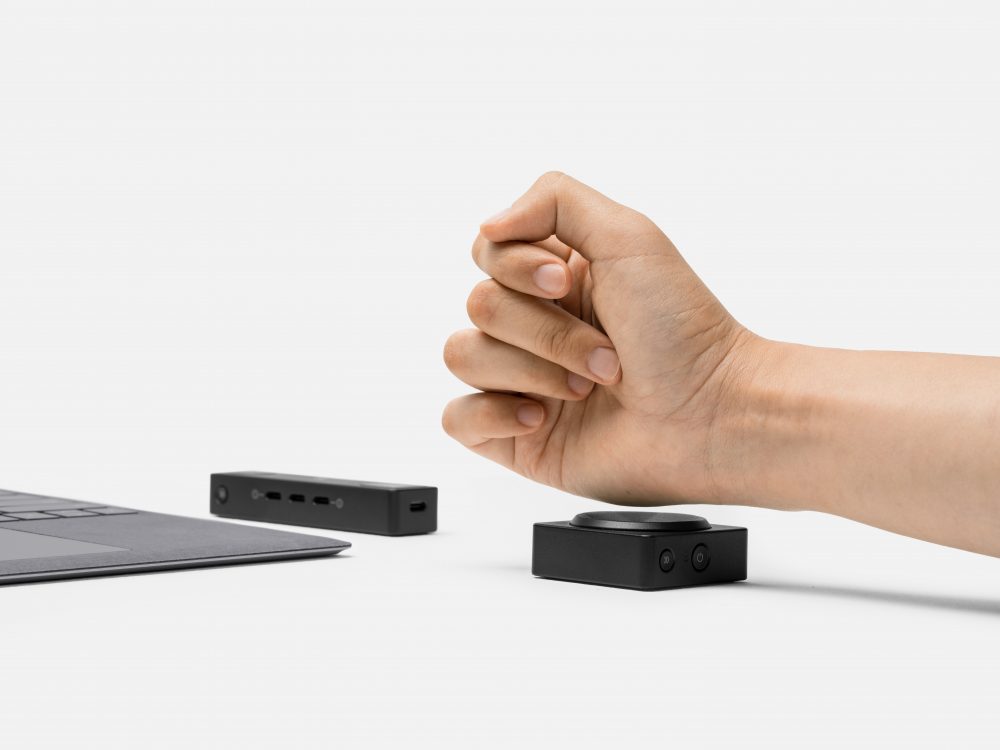 At their core, the Adaptive Mouse and Adaptive Buttons are just switches. I’ll explain more about switches in the next section. But know that switches are devices that serve as physical inputs that don’t restrict one’s ability to personally modify them.

That’s not to say that switches can be restrictive. The switches inside your gaming mouse or keyboard aren’t likely to be very changeable due to how they’ve been manufactured. They probably let you assign macro actions that are helpful such as the ability to make your ALT button play and pause music, but I’d be hard-pressed to make that ALT key any bigger.

This is where the Adaptive Accessories Kit shines. In the video above, you see people topping their Adaptive Buttons and Adaptive Mouse with a number of 3D-printed items that offer easy access and improved control. 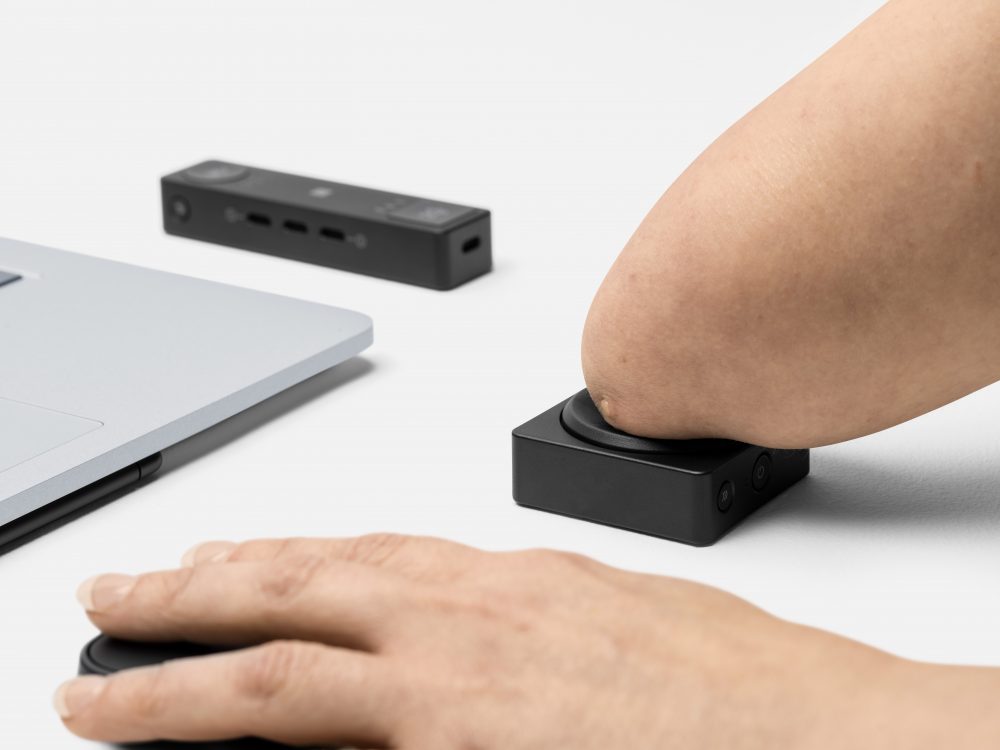 The Adaptive Mouse is small and simple so that it can fit into tails that offer personalized palm rests. It’s uniform so that it can be configured to be ambidextrous, which is a huge inconvenience that most mice on the market cause simply by being right-handed in configuration. There’s also a flippable thumb rest that helps in making this truly a mouse you can use in either hand.

You can pair four Adaptive Buttons wirelessly up to the Adaptive Hub with eight programable and mappable switch inputs that allow you to have both physical inputs assigned to your Adaptive Buttons, but you can also map complicated or inaccessible keyboard shortcuts and macros in programs. The Adaptive Hub also follows suit with the Xbox Adaptive Controller is offering a number of 3.5mm jacks to plug third-party switches into.

Now, you may be asking what a switch is. If you are, great question! A switch is an input device corresponding to a physical action between a user and a computer. Think about the way pressing “B” on an Xbox controller often means reload or jump. You’ve used the switch assigned to that “B” to complete an action. In case you haven’t gathered this yet, button remapping is a concept gamers are familiar with, primarily for comfort and primarily in very controlled and pre-programmed ways unless you are a PC gamer.

For those with physical disabilities, button remapping is essential, and it can also take more high-level applications such as performing tasks that would otherwise consist of several inputs, such as copying and pasting text when working or performing combo moves when gaming. 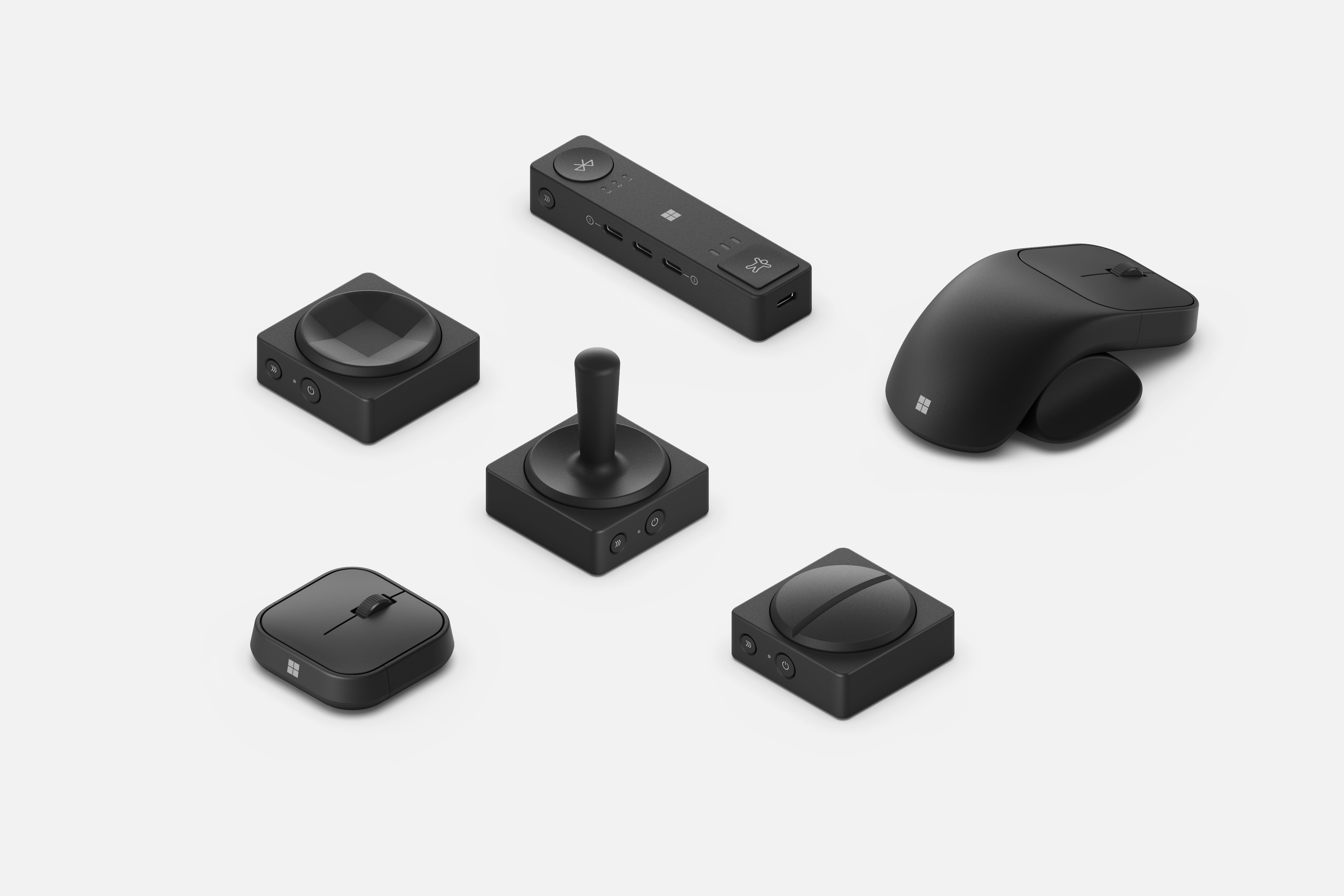 From the video, it would appear this process will take place through a Microsoft Adaptive Ecosystem program, which I have yet to see but I am guessing is similar to the Xbox Accessories program that Microsoft currently has for Xbox controllers and the Xbox Adaptive Controller. I will be reaching out to people at Microsoft and the Inclusive Design Lab to learn more in the coming days.

In the meantime, switches form the basis of physical accessibility. And having them mapped and easily accessible for your own needs is key to speedy adaptability.

Let’s wrap this up for now, shall we? Speedy adaptability is not the only thing users are going to be looking for here. The ability to have something that grows and changes with you is just as important in the long run. So it’ll be incredibly interesting to see how users modify the Microsoft Adaptive Ecosystem as a whole when this new kit hits the market. As I mentioned, I’m going to be following up with the company for more, so please, stay tuned to the main Microsoft accessibility article I have going. I’ll be updating that page with links to more articles and interviews as I go.