Set in the near future where the interconnected world of Net Society uses Net Navigators to manage everything from toasters to city power grids. These inventions have also led to a wave of cybercrime all over the world. As Lan Hikari, you’ll use your PErsonal Terminal (PET) and Net Navi MegaMan.EXE to deal with the culprits. Capcom is remastering all 10 mainline Mega Man Battle Network titles with graphic filters and bonus content being made available for each entry. Additionally, you can play against friends or others online by joining Casual Battles and Private Battles. If you wish to take on Ranked Matches, those will be available at launch. Also, if you want to add stakes, you can choose from different sets of battle rules such as wagering Chips in Real Thing battles, the best-of-three brawl Triple Battles introduced in Mega Man Battle Network 3, or the return of Version Battles from Mega Man Battle Network 4. 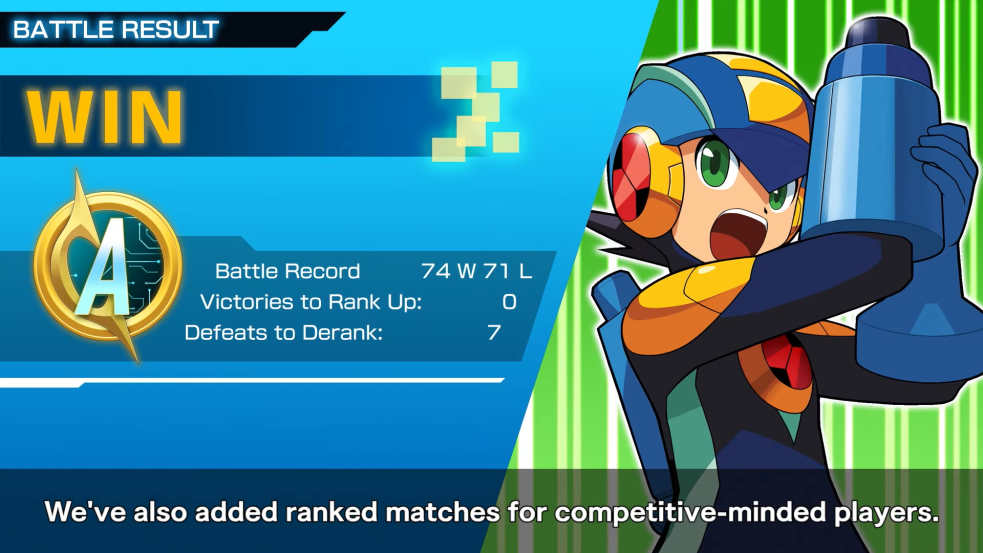 Furthermore, Capcom is making it possible to trade Battle Chips online and even download rare Battle Chips that were previously available at promotional events in Japan. 15 downloadable Battle Chips can be accessed via the MegaMan screen in each game.

And if you’re in the mood to check out the animated series based on Mega Man Battle Network, Seasons 1 and 2 of the MegaMan NT Warrior will be re-released for free on the Capcom USA Twitch channel and uploaded to the Mega Man YouTube channel in early 2023.