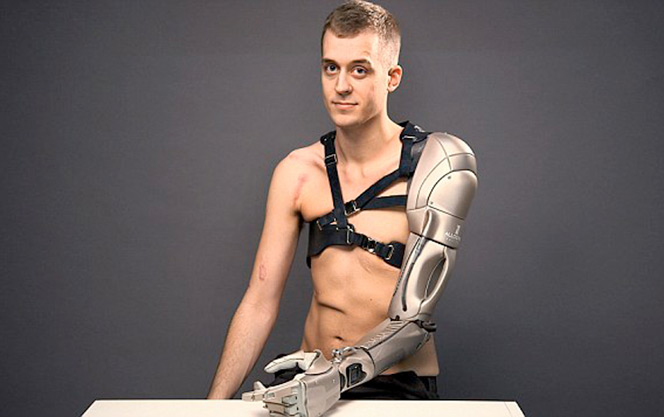 Meet The Metal Gear Man Through This Documentary Meet James Young, a British man that worked with Konami to be outfitted with a prosthetic arm that looks like it could be a part of the Metal Gear franchise. The young man is the star of the BBC3 documentary titled Bodyhack: Metal Gear Man. The special has been embedded into the post and can be watched below.

Young was left without his left arm and part of his left leg. Through this project, prosthetic specialist, Sophie de Oliveira Barata helped to create something that looked like it belonged to a character out of Metal Gear Solid.

Konami helped fund the development of the arm, and called it the Phantom Limb Project, a play on the last Metal Gear Solid title, The Phantom Pain.