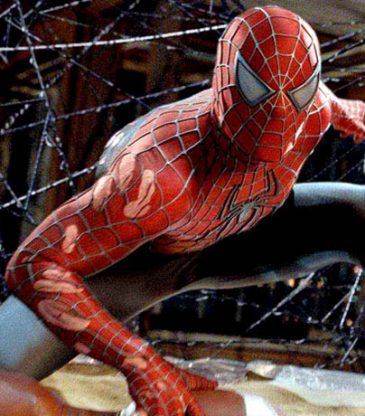 Insomniac Games delivered the ultimate Christmas gift to fans of their latest superhero game, Marvel’s Spider-Man. The costume from the Sam Raimi films, which featured Tobey Maguire as the titular hero, has been on everyone’s minds since the game released and has been highly requested. Today, that suit is now free and available to download for the PlayStation 4 exclusive.

We have a special holiday gift for #SpiderManPS4 players. Today's game update will include a highly requested suit. Hint: It's webbed and it's FREE for owners of Marvel's Spider-Man! pic.twitter.com/6DLTxPFSaE

The developer revealed the suit after earlier in the week dealing with negativity about avoiding fan request to have the suit in the game. Unfortunately, gaming fan bases are often entitled and toxic, and Insomniac Games felt the brunt of that nastiness earlier this week. Coinciding with the final piece of downloadable content in The City That Never Sleeps, fans were hopeful the next content would include the illustrious Raimi suit

Come on, Insomniac. You said you were listening pic.twitter.com/a36xAAyzcw

Talks quickly ended up becoming a back and forth struggles between fans on both sides of the argument and it was pretty rough to read through the tweets. Some people even called the included suits “trash,” and having Insomniac reply that not only were the suits not trash, but were “selected by our team for reasons and had a lot of love and effort put into them.”

I’m happy to see Insomniac deliver but the nastiness of any media fandom is gross. On a more positive note, over the first three months in market, Marvel’s Spider-Man is now the fastest selling superhero game in US history.

For Honor Prepares For Its Third Year With More Content