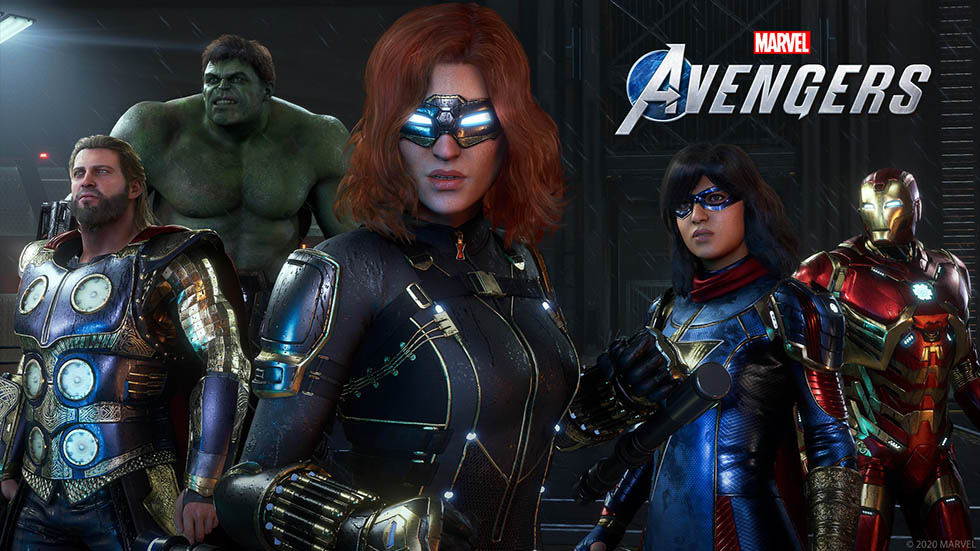 The presentation kicked off with a story trailer that introduces us to the core conflict of the game. AIM is acting under the guise of protecting people from superpowered beings, and their efforts result in the world turning against the Avengers. But their plans are much more sinister than that. Players will have to track down and reassemble the Avengers in order to face off against AIM, led by MODOK, and stop them once and for all.

MODOK was chosen as the game’s primary villain because he has “the muscle and mental capacity to become an Avengers level threat.” The team at Crystal Dynamics also wanted to introduce a new face to modern Avengers fans, one that has not featured in any of the MCU films.

Viewers were then treated to a never-before-seen hero mission, the first one shown after the in-game incident called A-Day. The mission tasks players, with defending a Heli carrier from an attack by AIM. Gameplay of Thor was shown, featuring all the moves players would expect from the God of Thunder, such as summoning lighting, throwing Mjolnir at enemies and even using the Bifrost to get past a shield. These types of missions are designed by the developers to showcase the depth of the individual hero designs.

The presentation then shifted to a rundown of the game’s combat. Combos can be strung together using light and heavy attacks, and special moves can be performed by holding down the attack button. Every hero has three “Heroic Moves.” There are Assault type moves, which can be charged quickly and used in succession, Support moves that can provide buffs to teammates, and Ultimate moves that take longer to charge but deal devastating damage to enemies. Thor’s Bifrost attack is an example of an Ultimate move. Team finishers can also be performed when an enemy’s stun meter is filled.

Marvel’s Avengers is aiming to be a highly customizable experience. ensuring that players shape their heroes to fit their unique play style. Each hero can be levelled up individually and earn new abilities through skill trees, ensuring that players can mould their heroes to fit their unique play style. Outside of skill trees, heroes can be customized with gear and artifacts for an even deeper and unique experience. These can be equipped to earn perks, including attack modifiers like plasma, gamma, and even the ability to shrink enemies.

There are dozens of outfits for all the playable characters based on their long histories. Many of these can be earned through regular play, but special Iconic Outfits must be earned through the completion of Iconic Mission chains. And some outfits and emotes will only be available through the online marketplace.

The game can be played cooperatively with up to three others in missions called Warzones. These feature a variety of locations, objectives and bosses, all relating to the ongoing conflict, meaning that all will have something to do with fighting AIM and rebuilding a resistance force. Many characters from across Marvel history will give you missions, such as JARVIS, Maria Hill and Hank Pym. No matter what kind of mission you play, co-op or solo, you will always make progress levelling up your heroes.

As you play through the game, you will be rebuilding and upgrading a Heli carrier called the Chimera, as well as a resistance force to help you in the fight against AIM. The resistance is comprised of many different factions, and completing missions for specific ones will earn you “faction reputation.” This lets you access new vendors, items and challenges.

While the game already appears to have a massive amount of content, Crystal Dynamics is promising that the game will continue to grow post-launch, adding new heroes, regions and stories as free updates.

Marvel’s Avengers releases on September 4 on Xbox One and PlayStation 4, with free upgrades to next-generation consoles.