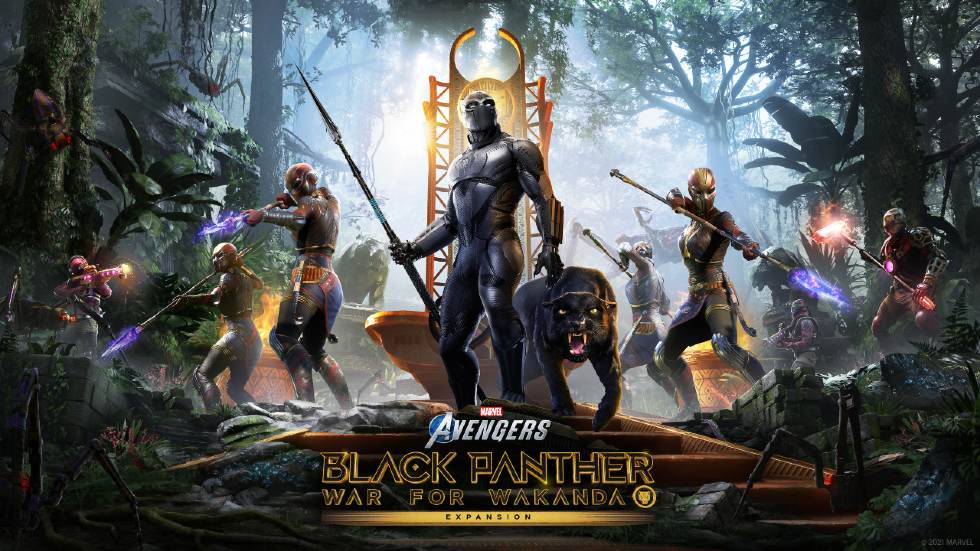 Marvel’s Avengers: Black Panther: War for Wakanda is launching next month and it brings with a ton of new content and changes. Square Enix and Crystal Dynamics will launch new content on August 17 as a free update to owners of the core game.

War for Wakanda centres on King T’Challa, the ruler of Wakanda and a betrayal he faces, leading to a betrayal that blindsides him. T’Challa in turn becomes unable to trust easily, even his sister Shuri. However, when Klaw’s army threatens the peace Wakanda is accustomed to, King T’Challa must fight and protect his people and his home.

Like the core Avengers experience, the story is told through the ongoing Avengers Initiative, leading players to Wakanda. Players will explore the Royal Palace that overlooks Birin Zana, better known as “The Golden City,” and meet in the new Outpost found in Shuri’s laboratory, Zawavari’s chambers, and the Wakandan War Room.

Marvel’s Avengers will be free to play from July 29 to August 1 on PlayStation platforms, PC, and Stadia. Xbox will follow.

“There’s never been a better time to assemble in Marvel’s Avengers,” said Scot Amos, co-head of the studio at Crystal Dynamics. “We’re nearing our one-year anniversary, and players who jump in will get eight heroes, tons of single- and multiplayer content, ongoing events, and more.