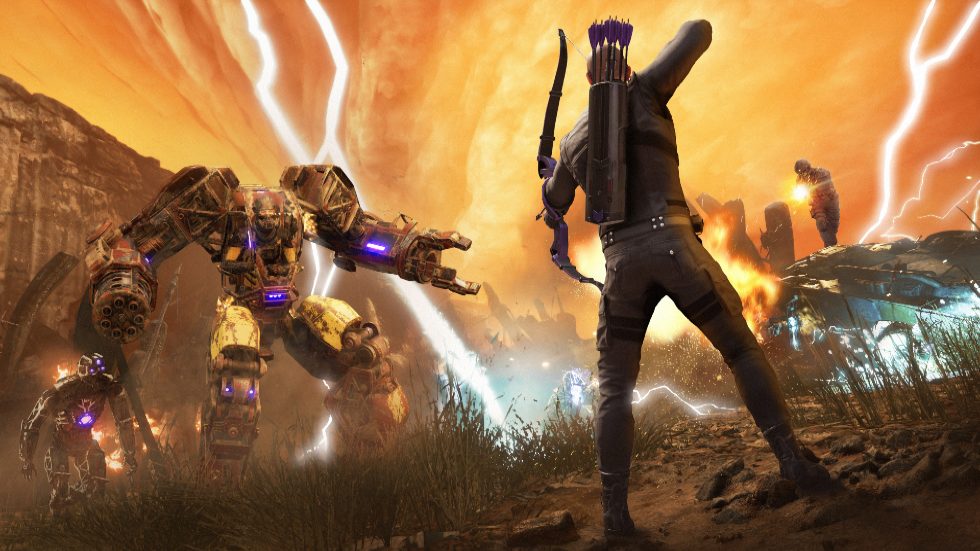 I know with the news that Nintendo is doing a traditional Nintendo Direct tomorrow for the first time in a year and a third is an exciting stuff. That’s tomorrow though, some news actually being revealed is Marvel’s Avengers upcoming Deep Dive War Table reveal, I know how could anybody forget about such ‘anticipated’ news on a game no one is sour on.

Well, the reminder is here and some actual big stuff will be showcased at 1 PM ET, which is about an hour from now as of writing. Crystal Dynamics has confirmed some reveals set for the February 16 deep dive, which includes the upcoming Hawkeye Operations DLC.

The operation is set to take place after Kate Bishop Operation, which came out back in December after an almost two-month delay from the COVID-19 pandemic. You’ll get to explore a new post-apocalyptic location as Hawkeye, plus the debut of Maestro.

That’s not the only promise that The Avenger’s development team has promised will be there but also an update on the delayed PS5 and Xbox Series X|S versions of the game. This is just speculation but it could be coming sooner than you’d think especially with Marvel’s Avengers PS5 trophy list surfacing online through PSNProfiles.

Like past Marvel’s Avengers War Table, it won’t be live stream as it’s pre-recorded presentation on Kate Bishop. It remains to be seen how long the deep dive is but could be longer than Kate’s nine-minute War Table.

Will this be the time that Marvel’s Avengers finally turns around for Square Enix? Probably not but I hope so as I loved the game’s campaign, it’s just its approach as a live service game has been very uninteresting but I’d love to see the game prove me wrong.