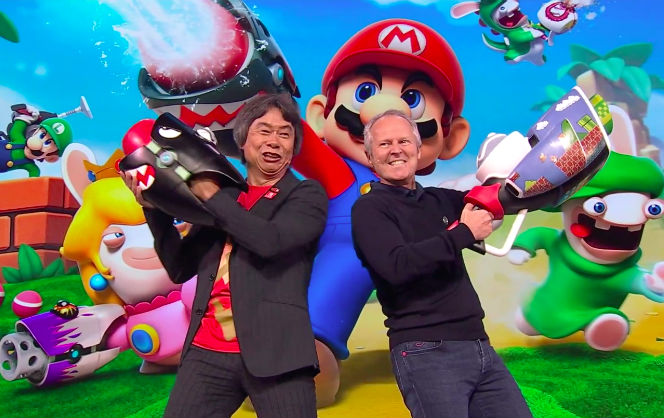 Earlier today, 2 of the greats in the Video Game world, Shigeru Miyamoto and Yves Guillemot, to introduce us (officially) to Mario + Rabbids Battle Kingdom. It’s being developed by Ubisoft’s Paris branch and is described as a ”tactical adventure” game, think XCOM but in the Mario universe.

Check out the trailer down below with a Behind the Scenes video even down further below.

Shadow Of The Colossus Gets Remake On PlayStation 4