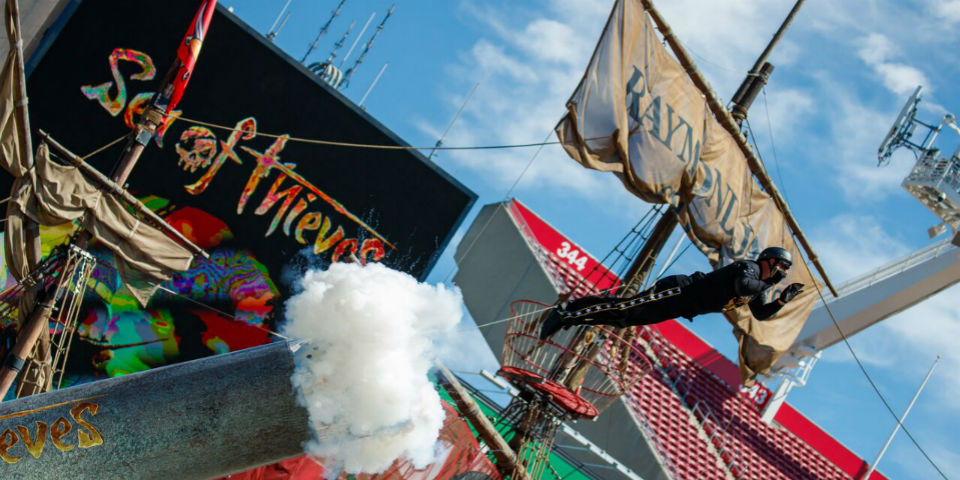 On March 13th, a Guinness World Record was broken for Greatest Distance Travelled as a Human Cannonball. This was done in celebration for the launch of Sea of Thieves. The man who broke this record is David “The Bullet” Smith.

Smith shot out of the Xbox Pirate Blaster, a 34-foot long cannon at Raymond James Stadium, and traveled 195 ft for five seconds before landing on the landing airbag. This breaks David’s previous Guinness World Record of 193.8 ft.

Sea Of Thieves launches on March 20th and allows players shoot themselves out of cannons! The game will be available on the Xbox Game Pass upon release.