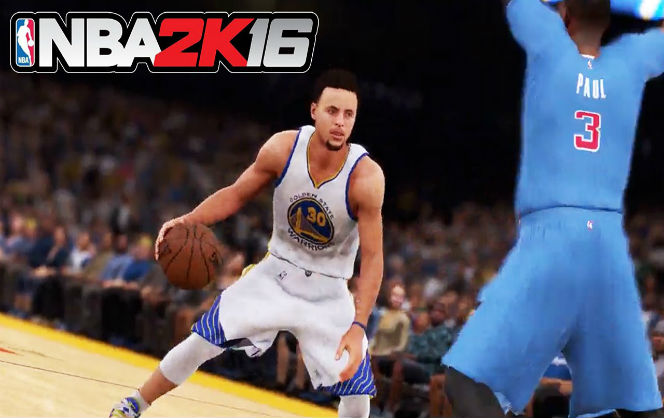 To celebrate the accomplishments of NBA star Stephen Curry, Under Armour is teaming up with 2K Sports and NBA 2K16 to return Curry’s character to the game with an overall 99 rating making him the all-time highest shooter ever this week for a 30-hour window.

The special in-game event will begin at 3 pm PST / 6 pm EST today, Thursday May 12, 2016. Players will be able to download a roster update that increases Curry’s rating to 99 for 30 continuous hours. The update also unlocks a new MVP colorway of the Curry Two in-game, which will be shoe equip-able going forward.

In addition to the roster update, Under Armour will be re-releasing the Curry One MVP and new Curry Two MVP colorway to celebrate Stephen’s outstanding achievement. The Curry MVP Back 2 Back Pack commemorates the footwear Stephen wore in back-to-back MVP seasons. You can pre-order NOW on UA.com and it will be available at Under Armour Brand Houses and select retailers nationwide starting June 24th.

To commemorate Stephen’s achievement, Under Armour has created a special video titled ‘The New Level’, it can be viewed below: