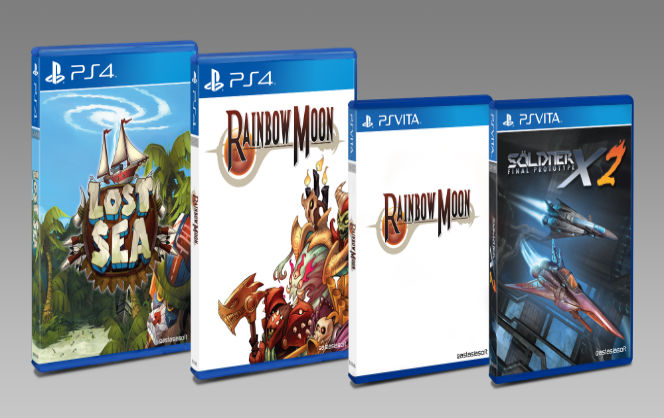 Eastasiasoft is partnering with Limited Run Games to bring us limited physical editions of four of their new games. The games are:

All copies of the games will include full color instruction booklets. Rainbow Moon and SoldnerX-2: Final Prototype will receive brand new trophy sets.

Lost Sea has multilingual settings feature 14 different languages to choose from. It also supports platinum trophies and will receive a simultaneous physical and digital launch.

Rainbow Moon will have a new trophy set with platinum trophy support, along with a cross-save system between the PlayStation 4 and the PlayStation Vita. The games dialogue has also been updated on both versions.

More info regarding release dates, quantities, and prices will become known in the coming weeks.