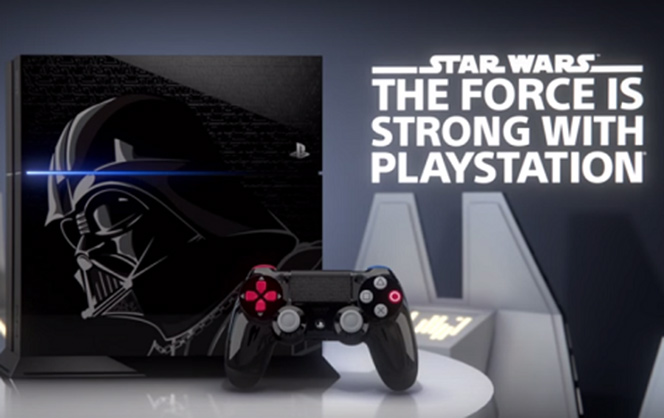 To coincide with the release of Star Wars Battlefront, Sony is releasing a limited edition PlayStation 4. The system will launch in two variations: one including Disney Infinity and one with Battlefront. Both bundles will also feature four old Star Wars games—one SNES game and three PS2 games. The bundle will be available on November 17.