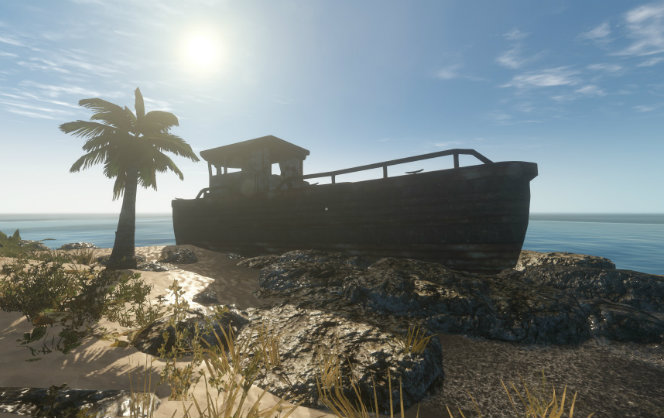 There are all kinds of games out there these days. From warfare to sports and simulation to strategy, there’s something for everyone. Take survival games, for example. These are the types where you play a character, perhaps set in a post-apocalyptic world. I know what you’re all thinking: The Walking Dead!

Sometimes it’s refreshing to play a game where your enemies aren’t zombies. One such example is a game called Stranded Deep. In that game, your enemies are aquatic sea creatures and starvation!

There are no zombies you need to stab or shoot in the head. Nor do you have to worry about cannibals or rival survivalists. The only thing you do need to worry about is staying alive by eating and avoid getting killed by sharks and the like. Today I’m going to give you a first-look review of Stranded Deep. Here is what you need to know:

Stranded Deep: What’s it all about?

In a nutshell, Stranded Deep is a single-player survival game. It’s available as an “early access” game through Steam and can get played on PC, Mac and OS X platforms. The game is still under development but gets updated thanks to the feedback from its players.

Stranded Deep is about a plane crash survivor that ends up somewhere in the Pacific Ocean. The aim is to stay alive by any means necessary. You get to explore all kinds of weird and wonderful islands, sea forts and more.

The game starts off showing you in a plane before it crashes and you become unconscious. You then wake up in a life raft floating on the ocean. You spot an island up ahead, and so you use your computer keyboard to row towards it.

From the start of the game, you get equipped with a backpack. It contains a knife and a lighter by default. You can use the knife to cut down things like palm trees. Next, you can use the wood to make shelters, fires and rafts.

Each island has all kinds of resources like coconuts that you can use for drinking and eating. You’ll also find objects such as scrap metal, rocks and more that you can use to craft shelters and tools.

The game’s designers have made the player look like an actual plane crash survivor. No doubt they’ve been to gaming conventions and seen people wearing survivor cosplay costumes! Or they are avid fans of Lost!

The graphics get rendered for objects as you approach them. Perhaps this is for performance reasons? It does that even on high-end systems. Still, despite such quirks, the 3D imagery used in the game is pretty authentic.

There are a few caveats to Stranded Deep. Because it’s still in development, things can and will change over the course of time. Sometimes you might come across bugs and other anomalies. Still, the developers take note of such bug reports and fix issues with each new update.

Some people may find that the game becomes a little lonely. There are no other humans to interact within it. Plus, it’s also a single-player game. There is some talk of the game getting turned into a multi-player one.

Stranded Deep is a compelling and addictive survival game. It’s well worth downloading!