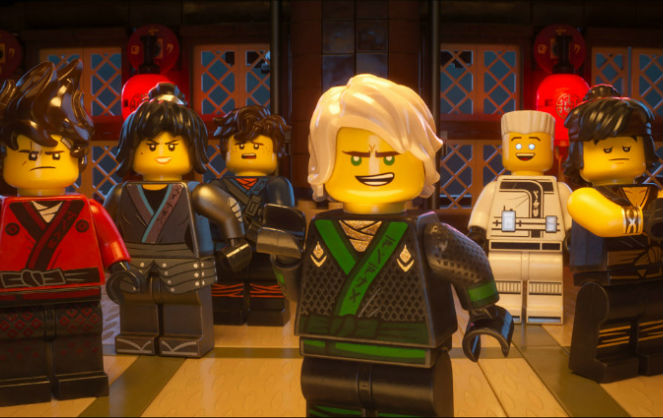 Warner Bros. Interactive Entertainment, TT Games, and LEGO have announced today that The LEGO NINJAGO Movie is getting it’s own video game later this year. The game will allow players to jump into the world of LEGO NINJAGO and interact with their favortie characters from the movie.

“The LEGO NINJAGO Movie Video Game brings the non-stop action and thrilling combat of the film into the living room so kids can embark on their own Ninjago adventures,” said Tom Stone, Managing Director, TT Games. “Enhanced movements will help players traverse Ninjago with the fluidity and grace of a secret ninja warrior and improve their combat skills.”

“The LEGO Group is pleased to extend the Ninjago play experience with The LEGO NINJAGO Movie Video Game,” said Sean McEvoy, VP Digital Games, The LEGO Group. “Fans will love playing as their favourite Ninjago heroes and joining an epic adventure of good versus evil.”

You must master the art of ‘Ninjagility’ as you battle through waves of ferocious foes as your favorite ninjas Lloyd, Nya, Jay, Kai, Cole, Zane and Master Wu to defend NINJAGO from Lord Garmadon and his Shark Army. The game will feature eight, large and action packed locations based on the events from the movie and each location will have its own unique Challenge Dojo where players can test their abilities and go head to head with waves of enemies with increasing difficulty.