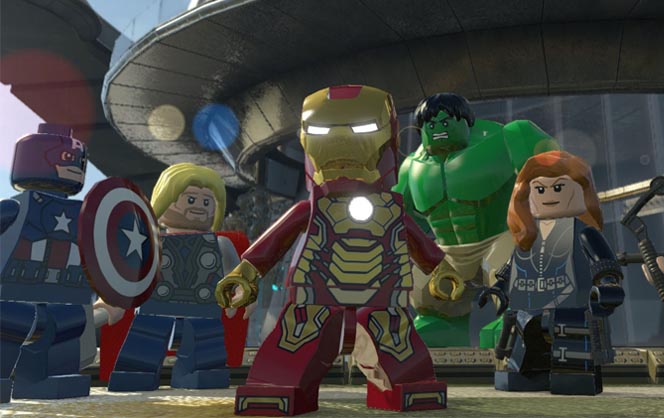 It’s not even Christmas yet, and already we get another look into the world of LEGO Marvel’s Avengers, this time, through an all new open world trailer!

The trailer gives us a glimpse into the LEGO Marvel world, and environments well known to the Marvel Cinematic Universe. The 8 open world and free roam locations include New York City, Asgard, the Barton Farm, S.H.I.E.L.D. Base Exterior, Malibu, Sokovia, South Africa, and Washington, D.C.

It’s exciting to think we’ll be able to utilize our favourite Marvel Avengers in a more expansive and interactive world made of LEGO! Just imagine how exciting it’ll be to jump around, and smash buildings and cars around as Hulk!

Make sure to prepare yourselves for when LEGO Marvel’s Avengers hits shelves January 26th for PlayStation 4, PlayStation 3, Xbox One, Xbox 360, PlayStation Vita, Nintendo 3DS, Nintendo Wii U, and for the PC! A digital deluxe version, including the main game and a Season Pass (extra levels, characters, and vehicles) will also be released, and is available now for pre-order on the PlayStation 4 and PlayStation 3!