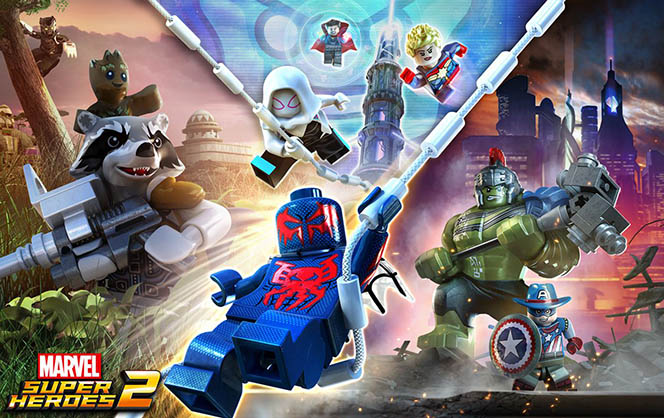 Lego Marvel Heroes 2 is coming! The sequel is out in November and just so happens to have a Switch version in development, too.

I’ve linked the teaser which features Baby Groot, as well as Doctor Strange.

“With a completely original branching storyline, Lego Marvel Super Heroes 2 introduces amazing new gameplay features, including the ability for characters to manipulate time and a four-player competitive Super Hero battling mode,” said Tom Stone, Managing Director, TT Games. “With a huge array of brand new characters from the Marvel Universe, including old favourites in new guises, this game is sure to thrill both LEGO and Marvel fans, as well as newcomers to the series.”

Marvel’s heroes will go up against Kang the Conqueror with levels ranging from Ancient Egypt and New York City 2099, and the Old West, too. It also looks like we’ll play as the MCU heroes, Captain America, Thord, Hulk, Doctor Strange, Guardians of the Galaxy, with a ton more included.