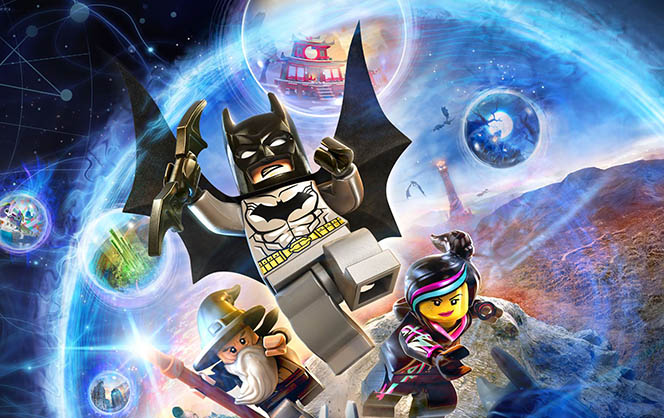 Warner Bros. Interactive Entertainment today released a launch trailer called “Endless Awesome” for the highly anticipated game, LEGO Dimensions! Imagine playing in a world where LEGO characters from Ghostbusters, Back to the Future, the Simpsons, Doctor Who, DC Comics, Portal and more, come together for one epic tale! Well, that’s exactly what LEGO Dimensions is all about, along with YOUR endless creativity! You can say goodbye to your wallet… but it’s going to be worth it!

With only a couple more weeks to go, LEGO Dimensions will be available September 27th for PlayStation 4, PlayStation 3, Xbox One, Xbox 360, and the WiiU. Check out the “Endless Awesome” trailer below!

The LEGO Dimensions Starter Pack includes the game, bricks to build the LEGO Gateway, three LEGO Minifigures (Batman, Wyldstyle and Gandalf), the LEGO Batmobile, and the LEGO Toy Pad; a portal, so to speak, which allows players to transport their figures and creations into the game!

Warner Bros. Interactive Entertainment also revealed that they have launched a new LEGO Dimensions YouTube series on the game’s YouTube channel, http://www.youtube.com/LEGODimensions. The weekly video series will teach fans about the game, and will also host several unboxing videos and insider information. Each episode will focus on a unique theme, airing every Thursday, and beginning today, they launched the very first Starter Pack unboxing video!