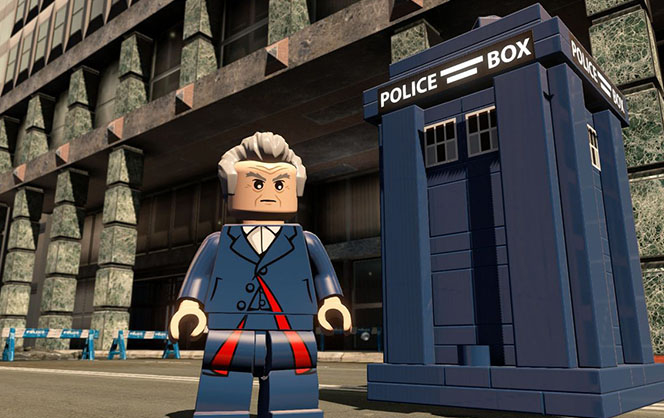 Allons-y! Fans will soon be able to travel with the Twelfth Doctor, in the upcoming Doctor Who Level Pack for LEGO Dimensions! This Level Pack is one of the first sets to be released within the Series 2 wave, and will be available on November 3rd for $29.99!

The Doctor Who Level Pack includes a Twelfth Doctor minifigure, a K-9 minifigure, and the TARDIS. A Doctor Who Fun Pack will also be made available later on, and includes a Cyberman minifigure (one of the MOST useful characters in the entire LEGO Dimensions game), and a Dalek minifigure.

Additional Level and Fun Packs will be released in January, March and May 2016. Other add-ons for LEGO Dimensions include characters from Back to the Future, The Simpsons, Portal 2, Scooby-Doo, Jurassic World, DC Comics, The LEGO Movie, LEGO Ninjago, LEGO Chima, The Lord of the Rings, and The Wizard of Oz!