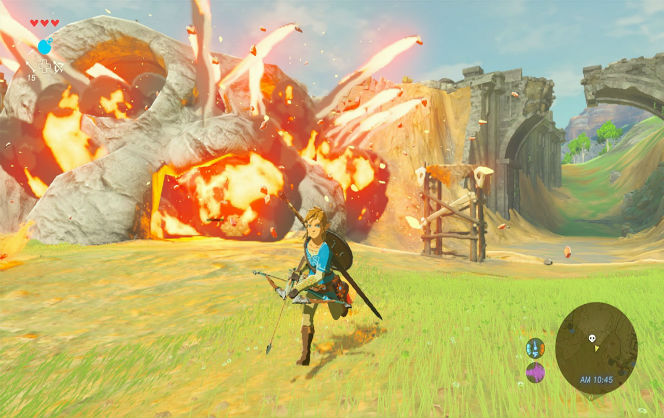 Is Legend of Zelda: Breath Of The Wild Getting A March Release?

Well, there’s a lot of evidence on the internet starting to back up this claim.

First it was reported that NoE and NoA seemed to be giving different estimates as to when the game would be coming out (NoE saying it wouldn’t make the Switch Launch, NoA saying it would).

Over on Twitter, Emily Rogers (@ArcadeGirl64) has stated that she doesn’t expect LoZ: BotW to be delayed and that it will be released in March. This, of course, isn’t for sure butEmily has accurately ‘predicted’ a lot of Nintendo related news in the past.

Of course, take all this with a grain of salt, but I can not wait for the Switch and I hope that this news is accurate as Breath of the Wild looks absolutely stunning.