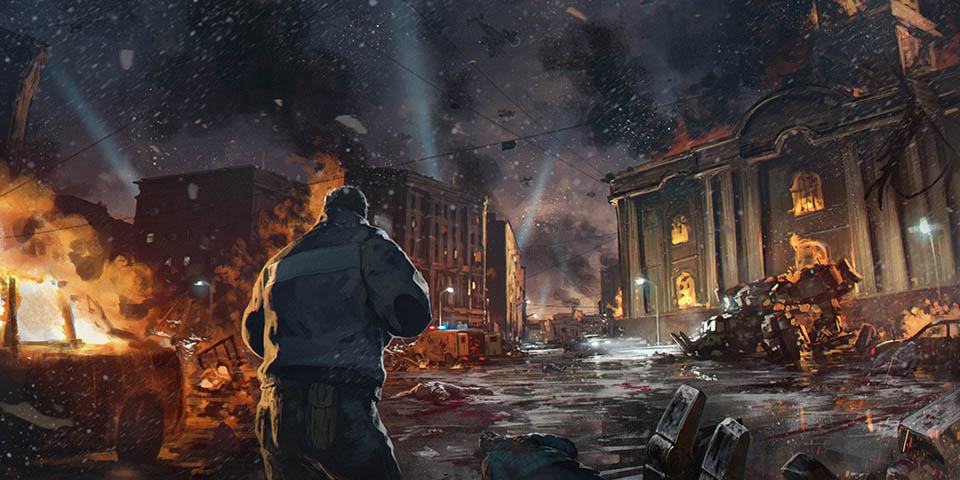 During Square Enix’s media tour of their upcoming releases, we stopped by the Delta Hotel in Toronto to get a sneak peek at Left Alive, an upcoming spin-off set in the Front Mission universe.

The studio has been quietly working on this game, a survival action shooter that features three protagonists with their own storylines to follow. The big thing that is being pushed is choices, how you choose to react and help civilians around you will affect the outcome of the ending. In the demo, we saw a few things of interest. Each civilian you come across will have a storyline and if you want them to come along with you, you’ll need to convince them to do so, if they join, you’ll see how their story ends at the end of the game, providing closure on those you invested time into.

Another mechanic of note we were told is the crafting mechanics. We saw a mission where one of the protagonists was stuck in an abandoned hospital and enemy soldiers were closing in on her, with no weapons available and nothing to help engage the enemy, we saw as she crafted a gun, Molotov cocktails, an enemy sensor and bullets.

Most enemies will outgun you and you’ll need to be crafty to survive, we’re told that there is an in-depth crafting system with more to be revealed later on. With limited resources available, crafting is the best way to push through a mission sometimes, other times you can avoid the enemy entirely and avoid combat altogether. There are multiple ways to deal with a situation, depending on your playstyle.

We saw a mission in a destroyed city where enemy soldiers were holding civilians at gunpoint. You can deal with this in a multitude of ways depending on how you want to proceed and what we saw was the protagonist ignore the soldiers while they mowed down the civilians. This doesn’t need to happen, however, and if you have the necessary ammo and feel like you can fight back, you can. It’s really up to you.

Left Alive isn’t strictly a third-person shooter, but because it is set in the Front Mission universe, we’ll see Wanzers, giant mechs used for battle. This isn’t a mech game by any means, but the inclusion helps break up gameplay by allowing us to pilot these weapons of massive destruction. We were told that it wouldn’t be easy to get one of these either, as they are heavily guarded in-game and you’ll need to take our a ton of soldiers to even get close to one.

The demo left me feeling excited at what was to come, there’s a solid game here, and hopefully, it’ll fill the void left by Metal Gear Solid imploding and Hideo Kojima leaving Konami after a dramatic saga. Famed artist Yoji Shinkawa left around the same time Kojima left, so with the