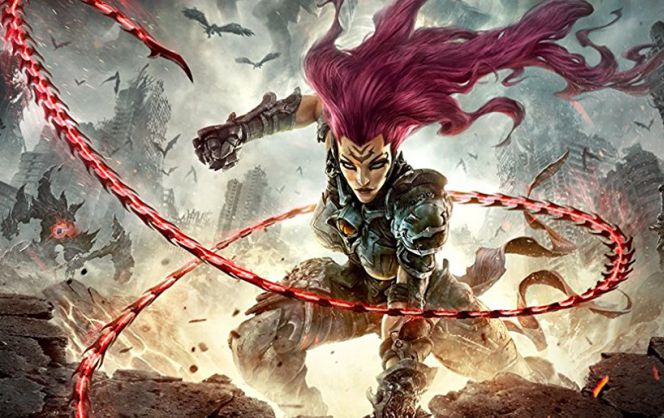 The series has had one hell of a ride since 2010 when the original Darksiders released in all it’s glorious hack and slash goodness. The first game of the series set the apocalyptic tone, after shunned Horseman, War was framed for unleashing the end of the world upon everyone. We’ve since then seen a sequel, with Horseman Death, and then, both games get remasters on current generation consoles.

I’d like to think all this remastering, rereleasing was working its way up to a formal announcement of a third entry, which might be closer than we think if this leaked Amazon listing is to be true.

The listing lists Gunfire Games as the developer of the THQ Nordic property, and Darksiders III will continue the story from the first two titles, and introduce Fury, the third Horseman. Fury wields a whip and magic and must deal with defeating the Seven Deadly Sins and their servants. Not much else is listed except for a release date set for next year, we’ll most likely learn more soon, as E3 is next month. I’d expect to see the game on Xbox One and PlayStation 4, with a PC release also likely at some point. There is however, no listing for the Nintendo Switch, which might be nothing at all.

UPDATE: Here is the official trailer for Darksiders III: