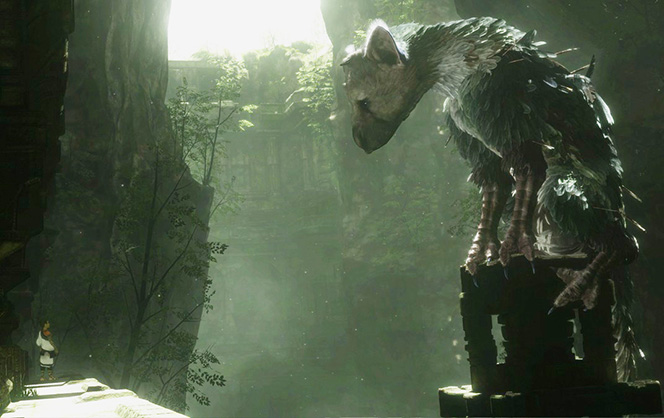 The Last Guardian Has Heartfelt Message From It’s Director

The history behind The Last Guardian has been an extremely bumpy ride since we heard about originally back at E3 in 2009. The game has seen delay after delay and even a generation shift from the PlayStation 3 to the PlayStation 4.

If you remember, the director, Fumito Ueda, left Sony eventually joining once more as a freelancer. Team Ico, who’s last game was released back in 2005 even went silent and we all were wondering what happened to The Last Guardian.

Eventually, everything came together though and we’re one week away from actually playing The Last Guardian!

So because of such a turbulent development cycle for Team Ico’s new game, Mr. Ueda has some heartful words for those who have been waiting for so long to play The Last Guardian.

Included as part of the media kit for the game is this letter, Eurogamer posted the image first: Dear Adventurers
It’s been a long time coming, but I take great pleasure (and relief!) in knowing that The Last Guardian is in your hands.

When we first began work on The Last Guardian, I intended it to take from and build on our experience working in ICO and Shadow of the Colossus, making it something akin to a greatest hits album. Unfortunately, as you know, we ran into a few twists and turns along the way, and the title took longer than anyone expected. Still, just as ICO and Shadow of the Colossus are truly unique games, so too is The Last Guardian an experience unlike any other.

As you play, take the time to stop and enjoy the scenery as you follow these unlikely companions on their journey. And you definitely won’t want to miss the ending!

The development team and I hope you all have a wonderful time with The Last Guardian. Nothing would make us happier.