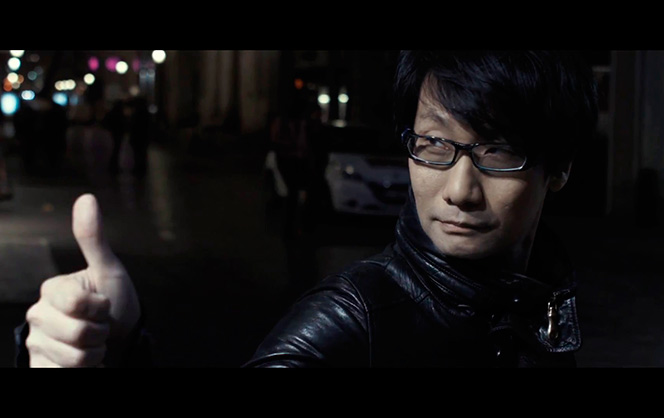 Tonight the man behind the Metal Gear franchise was not in attendance at The Video Game Awards. The reason? Konami told Kojima he was not allowed to attend or accept and awards for his last Metal Gear game, Metal Gear Solid V: The Phantom Pain.

“As you noticed Hideo Kojima is not here with us tonight and I want to tell you a little bit about that,” Keighley informed the audience, “Mr. Kojima had every intention of being with us tonight but unfortunately he was informed by a lawyer representing Konami just recently that he would not be allowed to travel to tonight’s awards ceremony to accept any awards.”

“He’s still under an employment contract and it’s disappointing, and it’s inconceivable to me that an artist like Hideo would not be allowed to come here and celebrate with his peers and his fellow teammates.”

@HIDEO_KOJIMA_EN congrats, we miss you my friend!

Kiefer Sutherland was in attendance to accept the award for best action/adventure game on behalf of Kojima.

The rocky relationship between Konami and Kojima has been well-publicized to the public and has been turbulent for months, with the eventual dissolving of Kojima Productions and cancellation of Silent Hills.