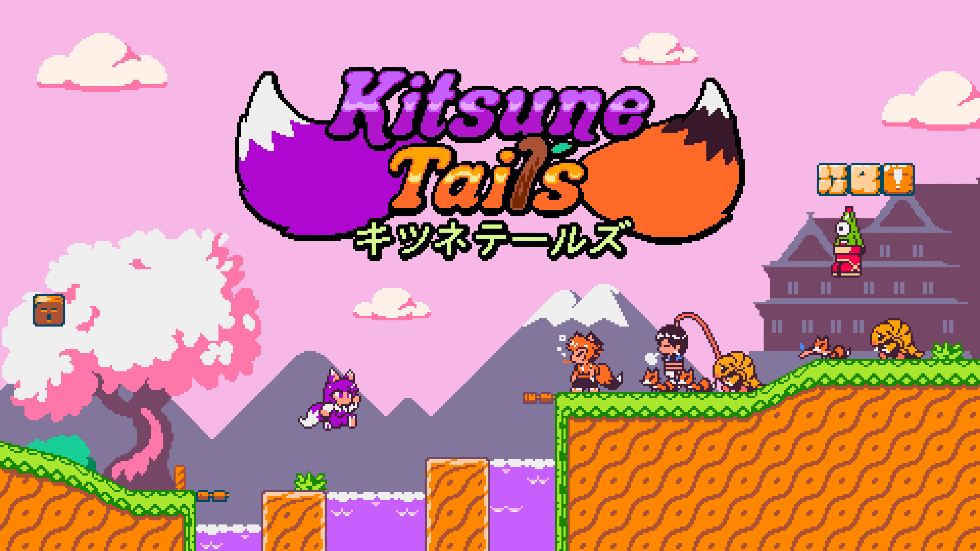 First announced this summer, Kitsune Tails is a classic platformer inspired by Japanese mythology and LGBTQ storytelling. It comes to us via the aptly-named Kitsune Games, perhaps most well-known for their Mario-like endorsement of Vermont Senator Bernie Saunders.

Today, they are premiering a new, fully-voiced story trailer starring Kira Buckland – Of course, known for her work as 2B in Nier: Automata, as well as a whole host of Viz Media’s English anime dubs – as a purple-haired, half-fox messenger of the goddess Inari, Yuzu. Like so many of Buckland’s best anime girls, Yuzu seems impulsive and in a hurry, but kind-hearted and loyal.

Staring across from Buckland is Angela Tran – who has recently found her feet firmly planted in Genshin Impact – as Kiri, a kitsune noble and childhood friend of Yuzu. seemingly bringing a sultry and reserved personality to balance out that of Yuzu, Kiri is set to embody jealousy as she comes between a budding romance Yuzu has with a human healer.

Yuzu promises she’ll be back with more info on Kitsune Tails in… two shakes of a tail. But until then, you can try to follow the fox girl on Twitter.

To be a part of the upcoming crowdfunding and store postings, check out her super-cool website!