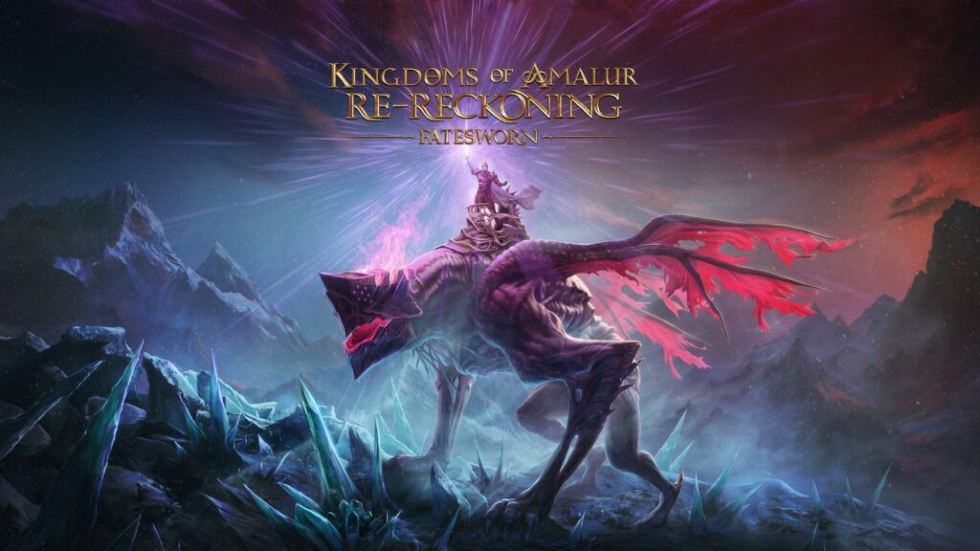 THQ Nordic has announced a release date for the upcoming Fatesworn expansion for Kingdoms of Amalur: Re-Reckoning.

According to THQ Nordic, here’s what the expansion is about:

The journey of the Fateless One continues. After the Crystal War has been fought and Gadlow has been defeated, the people of Amalur were hoping for peace to return to their lands. And although peace has indeed come to Amalur, rumours of a new threat are starting to spread, rising in the far west, the icy lands of Mithros. None other than Telogrus, the God of Chaos himself has awoken and is gathering followers to throw the whole world into chaos!

The Fatesworn expansion will include a brand new storyline, new environment, new quests and missions to complete, a new Chaos Realm dungeon, new gameplay mechanics and much more. THQ Nordic says there are roughly six hours of content to be experienced that concludes the game and sees the return of familiar faces. In addition, there are two new dungeon sets, new enemies and variations of existing ones, n ew crafting items for weapons, gems, potions as well as six new unique armour sets. In total, there are 21 new weapons and a new mysterious trader offering lottery boxes as well as new twists of fate cards.

The game’s level cap will be increased to 50 and there’s a new soundtrack by composer Grant Kirkhope.