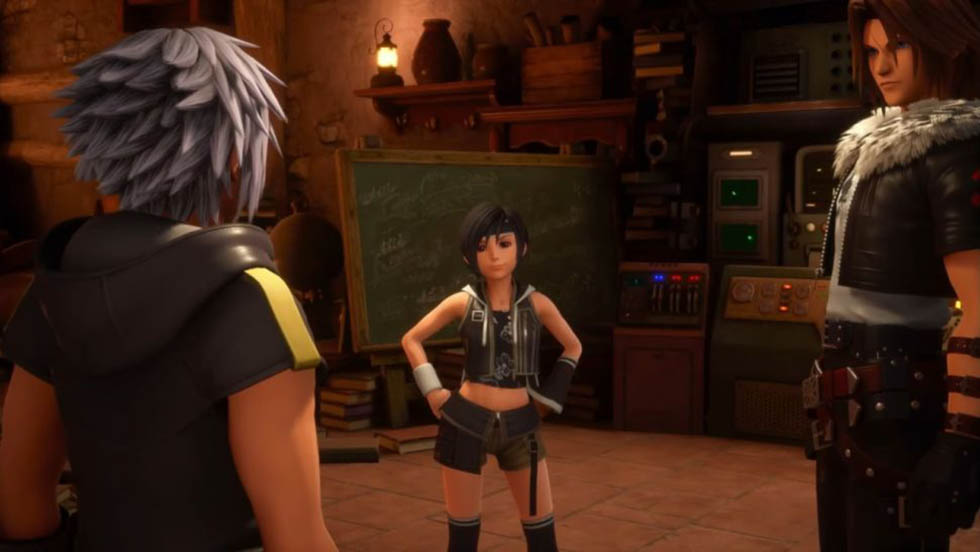 Square Enix released and then deleted this new trailer for the upcoming Kingdom Hearts III downloadable content, Re:Mind but it’s too late.

The new trailer included a ton of new footage with some interesting reveals, including the return of Final Fantasy characters such as Leon, Yuffie, and Aerith, a playable Kairi, new areas to explore and a ton of bosses to defeat.

Even the official description sounds like a beefy piece of downloadable content, offering more than I expected:

“Re Mind – the other tale that unfolded during the climax of Kingdom Hearts III. Determined to rescue Kairi, Sora travels to the Keyblade Graveyard a short time before the final battle was to take place. Lacking a corporeal form, he traces the hearts of the seven guardians of light. Through experiencing their personal battles firsthand, Sora is about to discover truths that he has never before imagined.”

As for the release date, on PlayStation 4 owners can jump in on January 23, 2020, with Xbox One joining on February 25. We will update this post when more news and official confirmation.