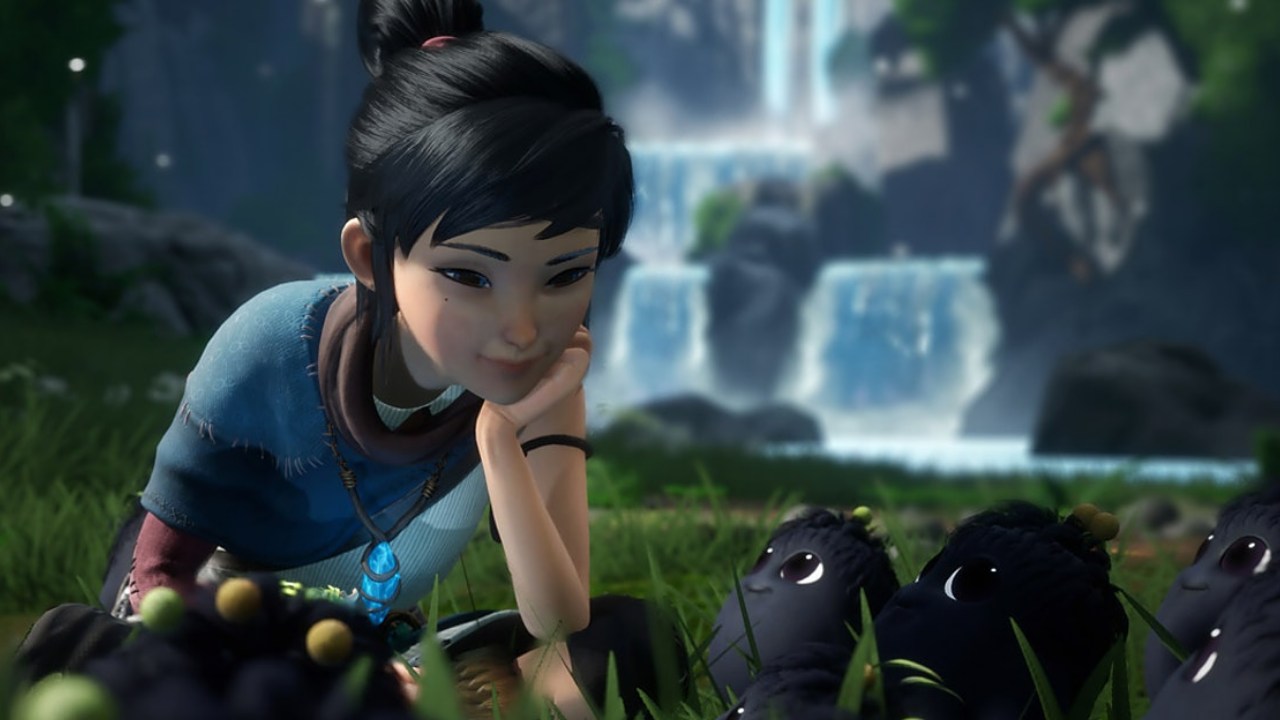 In anticipation of this week’s release of Kena: Bridge of Spirits, developer, Ember Lab has released the launch and Photo Mode trailers of its first game.

The launch trailer shows off Kena as a spirit guide fighting a number of mood elemental enemies. Alongside her are little companions, known as Rot, as she investigates the mysterious demise of a village. She runs in a masked man that brought those enemies to life, who might be behind everything.

The trailer also shows Kena’s abilities like using her staff to melee enemies, using her bow and arrows for range attacks and her powers. She is able to create a bubble around herself, throw sticky grenade-like objects that result in massive damage and enhance her close/ranged attacks.

In a separate trailer, the game shows off its photo mode which players can pause the action for a quick photo of Kena and other characters.

“We’re very excited to share the ‘Cheese!’ function in Photo Mode,” Ember Lab animation director, Hunter Schmidt said in a press release. “When players have set up their perfect photo angle, they’ll have the option to have the characters in the photo say ‘CHEESE!’ and strike a pose. Many characters have multiple poses, so you can snap a great variety of fun shots in the same location. I’m very excited to see what kinds of photos players will capture!”

While the game is releasing digitally tomorrow, the game will be getting a physical edition set to release sometime in November, it will for $49.99 USD. It will come with everything in the Digital Deluxe Edition of the game which includes a copy of the game, the official digital soundtrack, Golden Rot skin, a unique Kena staff, retail-exclusive stickers and hats for Rot.

Kena: Bridge of Spirits is set to release on September 21st on PC, PS4 and PS5.