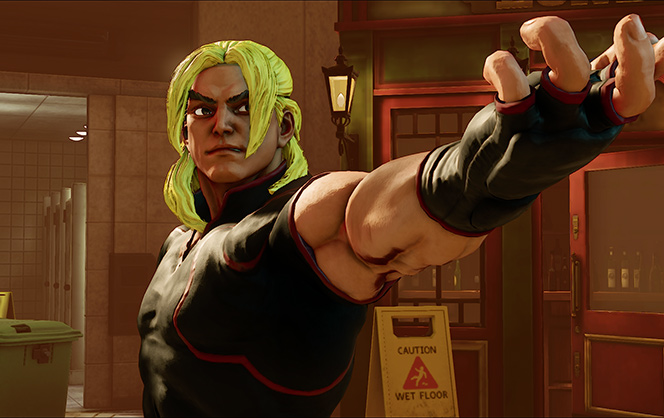 Announced today during the annual Street Fighter panel at San Diego Comic-Con, a new character has joined the exclusive Street Fighter V roster. Ken, the master of the flaming Shoryuken, has just been confirmed and is now playable on the Comic-Con show floor (Capcom booth #215).  One of the key protagonists in the legendary Street Fighter series, Ken brings an array of new abilities to Street Fighter V, where his tricky mix-ups and flashy combos have the ability to bewilder opponents and deal huge damage. Ken joins the six previously-announced characters Ryu, Chun-Li, Charlie Nash, M. Bison, Cammy and Birdie, with plenty more new and returning characters still to come.