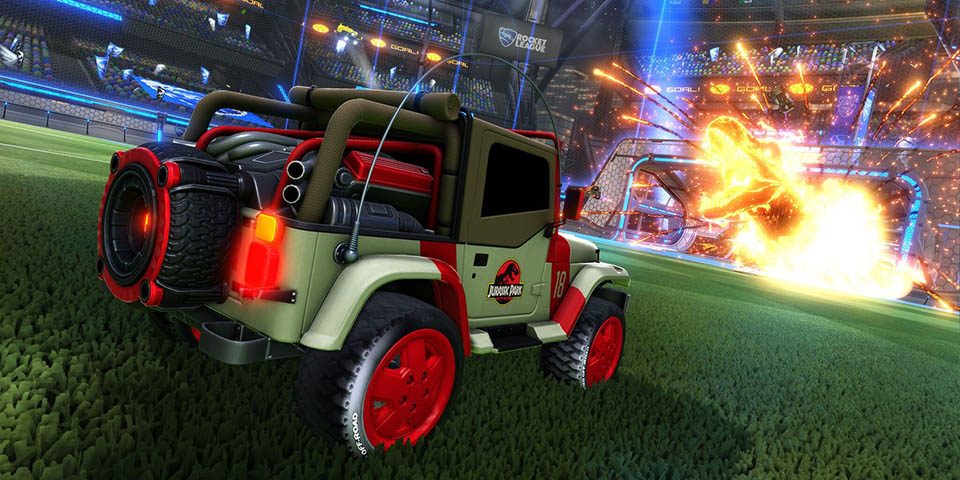 Ever since Rocket League launched, we’ve sen numerous marketing tie-ins for the game where we’ve seen dozens of famous cars make their way to the field to play in 2 on 2 soccer that is rather addicting to play and to date we’ve seen famous cars like the DeLorean, the Batmobile, and the Ecto-1!

To celebrate Jurassic World, Psyonix is adding the Jurassic Park jeep the to Rocket League roster and will cost $2 USD when it launched later this month, and also includes a custom T-Rex goal explosion, three banners, and three flags to use and will be available on June 18, 2018, on all platforms.

Not too bad for $2 and even still, this game is excessively fun to play with friends, and now even more so because I can strut around in a Wrangler from the Jurassic Park series!