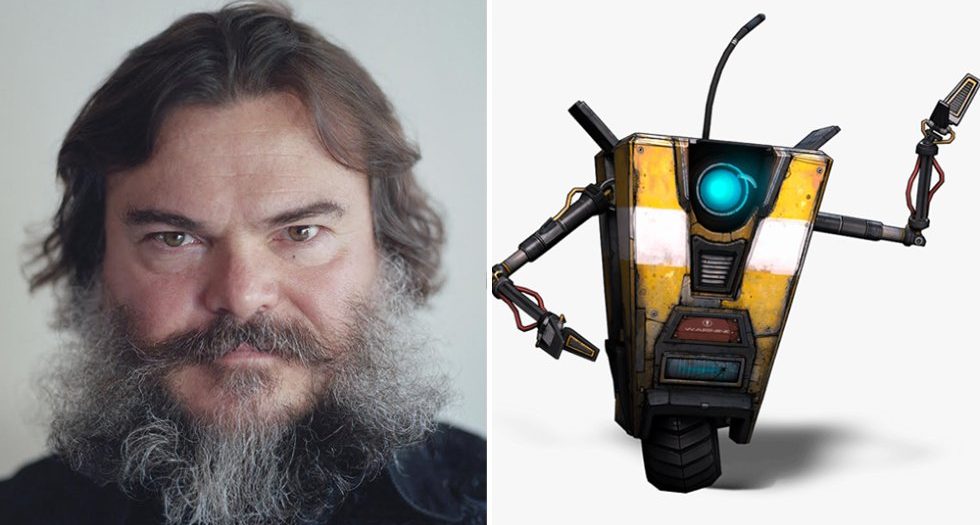 Joining Cate Blanchett, Kevin Hart, and Jamie Lee Curtis in the upcoming Eli Roth directed Borderlands adaption, will be Jack Black. He will star as the annoying yet somewhat hilarious sarcastic robot Claptrap.

The news comes from Variety, who confirms that the cast includes a reunion of sorts as Black and Blanchett worked on The House With a Clock in Its Walls.

“I am so excited to reunite with Jack, this time in the recording booth,” Roth said. “Claptrap is the funniest character in the game, and Jack is perfect to bring him to the big screen.”

Lets get this party started!
The Borderlands Movie has casted @jackblack to play the most okay-est robot in the universe, CL4P-TR4P!https://t.co/OebiXKtJnd

Nathan Kahane, president of Lionsgate was happy with the casting news, citing it “one of the biggest no-brainer casting decisions we’ve ever made.”

“We couldn’t have been more in sync with our filmmakers and casting executives as we approached this role,” Kahane said. “Everyone who’s ever played the game knows Jack is perfect for this part. We’re thrilled he will add his endless comic energy and voice to our film — he’ll bring so much to the movie.”

From what we know, Blanchett will play Lilith, Hart will play Roland, and Curtis will play Tannis. Now I’m wondering if Pedro Pascal would be a good fit to play Mordecai?