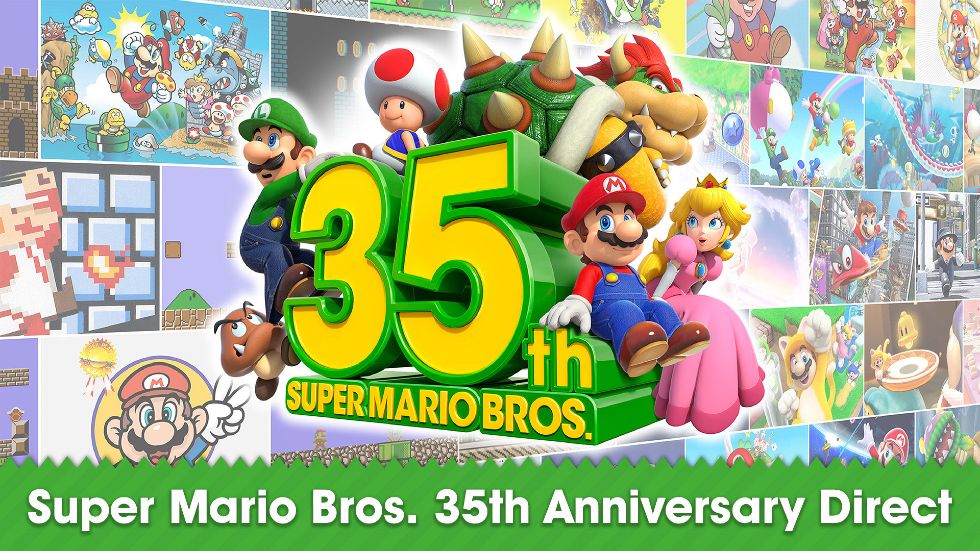 So what did we see today? Well, we saw a new Game & Watch is coming on November 13 which includes the original Super Mario Bros. and the Lost Levels. It also comes in full colour!

The surprises kept coming as Nintendo unveiled Super Mario Bros. 35, a new battle royale title for up to 35 players. You’ll compete against others as you defeat enemies and send them to other player’s courses (and vice versa). You’ll have to use item roulette and one of four strategies (Lowest Time, Random, Attackers, Most Coins) to outpace opponents. Super Mario Bros. 35 is an exclusive title available for Nintendo Switch Online subscribers and s available on October 1, 2020.

Think Nintendo was done? They still have quite a bit to show! On Nintendo’s website, you can complete various tasks relating to the 35th anniversary of Super Mario Bros. If you finish them, you can unlock an exclusive pin set until they run out. You have until March 31, 2021.

A themed track is coming to Mario Kart Tour, a themed course is coming to Super Mario Maker 2, a themed Splatfest is coming to Splatoon 2, keychains are available on MyNintendo Rewards, Animal Crossing: New Horizons gets themed furniture and more.

Puma is making themed shoes, Black Milk plan on releasing clothes this year, Hasbro is releasing themed Jenga and Monopoly, Jakks has a new doll, and of course, Lego has more courses coming! Phew! They’ve revealed quite a bit today! But here is one more announcement: a triple pack of games is coming out later this month. Super Mario 64, Super Mario Sunshine, and Super Mario Galaxy arrive on September 18, 2020, on Nintendo Switch. This new bundle is called Super Mario 3D All-Stars and included higher resolutions, music from all three titles are included in a music player.