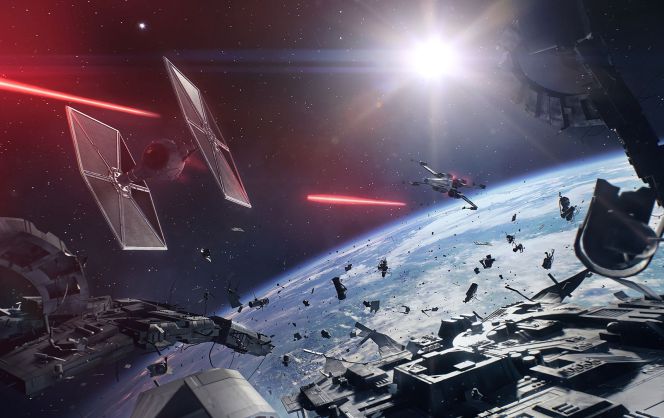 TheHotterPotato on the Star Wars Battlefront subreddit took time to break down how long it takes to unlock one Hero character in Battlefront II, which is set to launch this Friday across multiple consoles and PC.

To unlock one Hero takes roughly 40 hours, so if you want to play as Luke, Rey, Darth Vader or Darth Maul, you’ll need to grind like crazy to earn enough for just one Hero or Villian. Heroes cost a ton of credit, with Luke and Vader costing 60,000 credits, and others like Chewie and Leia costing a bit less at 40,000.

TheHotterPotato broke down has been playing the game right now via EA Access, which gives players the chance to play the game before release for up to 10 hours, and after spending time playing and calculating, has come up with the stats below.

Average Credits per Minute of Gameplay: 25.04

Of course, there are a few other ways to earn additional credits, like completing challenges, but these are one time, and after having done these, the only viable way is to play full matches. By estimation, a full match earns you 275 credits, each match is roughly 11 minutes. The only other way to earn credits is to earn via daily crates, or Star Card dupes that can be broken down into credits.

A big game like Battlefront II is going to be surrounded by controversy, especially when loot crates are involved and many people are quick to point out the quick cash grab this is. I can understand the reasoning behind this and can guess why people are quick to assume the worst.

EA’s Community Team commented on this issue on Reddit this weekend, and the community was quick to downvote the response by EA, quickly being obliterated by the negativity of the community, one comment that stuck with me is this, by SadStarWarsFan:

I can relate to my life spreading my time thin across my job, this website, and my personal life. To invest roughly 40 hours just to unlock one character. With this in mind, I hope EA and DICE revisit this topic and listen to the community.

UPDATE: After immense backlash from the community, including a comment from the EA Community Team being the most downvoted comment in Reddit’s history, EA and DICE have made changes to a number of credits needed to unlock heroes.

So, we’re reducing the amount of credits needed to unlock the top heroes by 75%. Luke Skywalker and Darth Vader will now be available for 15,000 credits; Emperor Palpatine, Chewbacca, and Leia Organa for 10,000 credits; and Iden at 5,000 credits. Based on what we’ve seen in the trial, this amount will make earning these heroes an achievement, but one that will be accessible for all players.

A good change, but, the damage is done, this needs to be rectified through consistent and quality updates as well as another look at the loot crate system.