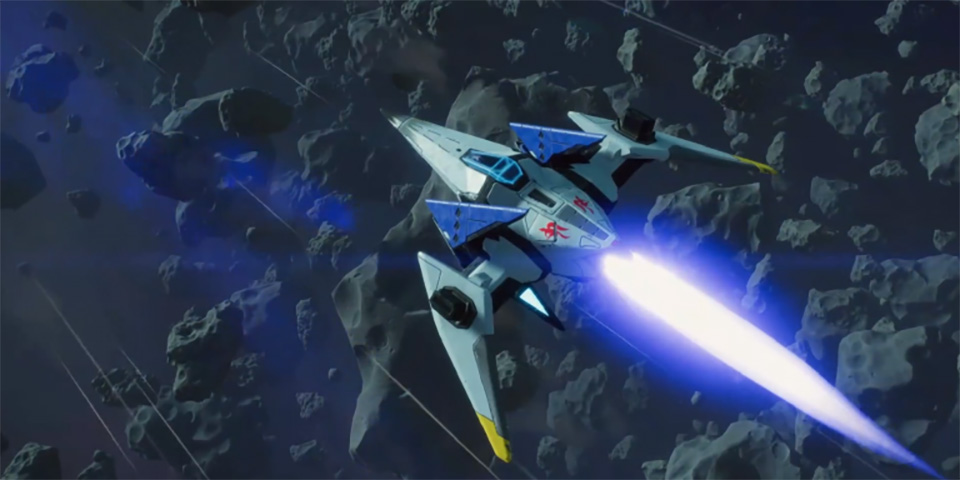 Bobby: With these toys for Starlink – is there anything you wanted to see there from Nintendo’s side that you couldn’t get in?

Laurent: Good question! So, I can say right now is that most of the game we really focused on just the Arwing. We spent a lot of time looking at the details to make sure it would feel good. We made sure the pull forces of the toys. The pull force between the weapon attaching to the wing is slightly lower than the pull force to remove a wing from the ship because for me, it was something important for me that you could with one hand grab the controller try removing the weapon and the whole wing wouldn’t come apart with it. We worked on things like that. So, we’re really focused on the launch and making sure that Fox McCloud and the Arwing and the other Starfox pilots were our focus. For now, we are focused on them

Steve: Was there a particular reason why you guys chose to focus on a Toys to Life aspect of the game?

Laurent: At the beginning of the project, we had this big mandate. It’s like a blank slate, which was super terrifying. When we started we went in a completely different direction with different technologies. The thing is that, one of those prototypes had kind of like a LEGO starship with copper wire on it.

So in the beginning, there was no consideration of the market. We just wanted to create something cool and something new and slowly through that process so even after that we kept prototyping models. And then there was a moment this look we have now was what was coming back constantly in people’s mind. Even after there were people weren’t even working on the project ended grabbing the starship as they were passing my floor and just playing with it. When we presented in Paris, this project ended up standing out the most to us.

Bobby: Do you think that bringing back Toys to Life with Starlink, will help revitalize the genre?

Laurent: I think… yes! Absolutely. I strongly believe that we created something new. With Starlink, I think it has the potential of opening up what is possible to do with hardware connected to it and the collectibles connected to your game and how the two can talk to each other. For example, when I was a kid and I was going to bed, I liked to take what had been the toy that I’d been playing with and then put them on the table and look at them. Steve: Were there any hurdles that you and your team had when creating this to not only focus on potentially a younger generation of players but everyone who wants to play Starlink?

In the beginning, Starlink was more of a traditional kids game and so we were looking a lot at how players interacted with the game and at one point we just realized that young players are really savvy today and they play games with lots of deep mechanics and they want to play open world games. Maybe they start with a more traditional game experience but quickly transition to big open-world games. This changed a lot of things for us so we stopped guessing what was too much or not enough for young players. Young players want to play the games we are playing as adults. Then, it became much easier in a sense for us to work.

Bobby: With the game space you have now, how important was it to get that seamless experience?

Laurent: Huge, huge. It’s like, you know we had a version of the game that where planets had a specific entry point and you had to travel to it to get on the planet and when you were traveling to that point loading screen and arriving on the planet, the area was a more traditional map and was working. It ended up being a more traditional experience so it was crucial to me to get a seamless experience.

It was crucial to me at two points: for the freedom to go to anywhere in the sky but there’s also another point that when I was younger, I learned at school about planets, and how they were spherical, the concept is hard to grasp. We wanted to build with the tech team, exciting planets which were spheres and you could land on them and look up and feel like it was a massive planet in sense of scale.

Steve: Is there a particular ship and weapon combination that really excites and you feel everyone will love? Steve: How excited were you and your team when Nintendo approached you about working together?

Laurent: Completely ecstatic! When we were leaving E3 2017 we heard something was brewing but weren’t sure what it was. And then at one point, Ubisoft told us, “OK you’re going in a week from now, to Kyoto and you’re going to present Starlink to Mr. Miyamoto.” Later we discovered we were presenting to not only to Mr. Miyamoto but the original Starfox team members.

We had a week to prepare our presentations but also presenting what would be a Starfox/Starlink collaboration. I was excited at this once in a lifetime chance. As a game developer, pitching your game to Mr. Miyamoto while representing my team, I grew up with Starfox!

So I worked tirelessly on the presentation. So we worked a lot on that and one evening I was sending the presentation for translation to another Ubisoft department. I reached out to David Soliani (game director of Mario + Rabbids Kingdom Battle) for any advice and ask him about his experience but totally forgot to do it because I was absorbed by the presentation. I emailed David and was like “Hey David, this is a bit last minute but I wanted to chat with you quickly about when you presented to Nintendo and if you had any tips?” His answer was awesome: be yourself and know your game!

Starlink: Battle for Atlas is out on October 16, 2018, for Xbox One, PlayStation 4, and Nintendo Switch