Ubisoft Montreal held its Six Invitational this past week at the Place Bell in Montreal. It was there that the top eight Rainbow Six Siege teams went head to head on their journey to the grand finals. Throughout the weekend, Ubisoft Montreal used the occasion to announce the big changes and updates hitting Rainbow Six Siege, including Operation Void Edge, the revamped esports program, and the Year 5/Year 6 updates.

I had the opportunity to sit down with Jean-Baptiste Halle, the Lead Designer on Rainbow Six Siege, to discuss some of the major changes and how Ubisoft Montreal balances their vision, while continually listening to its community.

Steve: Let’s start off with the new Operators. Iana and Oryx may be a fair departure from the more grounded aesthetic the other Operators possess. Where did the inspiration for these characters come from?

Jean-Baptiste: I don’t know if they are a huge departure. From an artistic direction, they are more futuristic because there is this whole space theme to the season. In terms of gameplay, I think they are definitely going a bit further than what we usually do but you can see some relationship between Oryx and Caveira, who doesn’t really have a gadget but is really driven by her physical ability, her special stance and interrogation, and stuff like that. I think Oryx is a bit similar in that vein. Iana has a more futuristic gadget but is not that far from an Alibi. She plays very differently but also has a notion of holograms.

In terms of inspiration, there was a lot of freedom in this season. In the previous season, for instance, we had Kali and Wamai. We had very clear design directions of where we wanted to create alternatives to existing Operators. This time, it wasn’t the case. It was very open. The people working on this season were very driven by what they wanted to play with. I remember one of the programmers really wanted to try a dash and personally, I didn’t believe it would work. But it did and we got Oryx. They were quite free to do what they wanted this season.

Steve: When the studio begins creating the new Operators, do you start with an overarching theme or new mechanics? What’s that process like?

Jean-Baptiste: It can go both ways. It really depends. We have to verify and define some things in advance like the country, sometimes that comes down to business. Typically, we often have concept art and prototypes of gameplay coming at the same time. So we try to combine them to make sense. Sometimes it’s the concept art that drives it and sometimes it’s the gameplay that inspires the art.

Steve: Having planned out not only Year 5 but Year 6 as well, was there ever a worry that planning so far ahead might affect how reactionary the studio can be in the near future? Or do you feel like there is enough wiggle room to allow the studio to pivot if need be?

Jean-Baptiste: There’s definitely wiggle room. It’s why we’re being perhaps a bit vague when talking about Year 6 because we want to have the freedom to discover if some of the things we do don’t work or just have the time to answer the questions correctly without feeling pressured to deliver something that doesn’t make sense.

The fact that we have the resources to readjust gave us a lot of freedom. We’ve never had this much freedom to look at the game and think this far in advance.

Steve: From my perspective, a lot of Siege’s success has been attributed to the communication the studio has with the R6 community over these past five years. What’s that internal balance between sticking to your vision, while also taking in constructive criticism from your community?

Jean-Baptiste: That’s a really great question. I don’t know if we have the answer to that, but I think we’re getting better at that. It’s a fine line. Typically, people are really good at telling you if they like what they try. They can tell you they like or don’t like something, but not why they like it or don’t. They’re also not great at predicting the future. There’s that classic Henry Ford quote: “If I had asked people what they wanted, they would have said faster horses.”

You still need to have a vision and it can’t just be built by what players say they want. We need to anticipate what they’ll want and be a bit creative. At the same time, it’s super important that we listen very carefully to what they say as soon as we put what we had in mind in their hands. That’s why we try to prototype as many things as possible and make it possible for pro players and community members to give feedback because sometimes we’re plain wrong.

Steve: I was really excited to see the announcement of the reputation system. With any online community, there’s a large positive presence, but there can also be some bad apples in the bunch. For anyone that may have been turned off by another toxic player in the past, do you think this is a good way to build trust within the community and bring some players back and promote a positive environment for players?

Jean-Baptiste: We hope so! We’ve seen similar successes from our competitors using similar systems. They’re complex to put in place, so we know it’s going to be a slow and steady progression. We are going to support it for many years to get it where it should be. From all the solutions that have been tread by our competitors, this is one of the solutions that have the best success.

Steve: I don’t think it should be understated that Ubisoft’s commitment to esports has been inspiring to see these past few years. Being a driving force of this, and seeing what Siege is doing for the esports community, how does it feel to now be sitting here in the middle of yet another Invitational tournament?

Jean-Baptiste: It’s a dream. When we started working on [Rainbow Six Seige] seven years ago, we had a few presentations showing visuals that we’re now seeing today in the stadium. It was a fantasy at that point and to actually be here today, we all have to be extremely thankful.

Rainbow Six Siege‘s Operation Void Edge is now available on test servers on PC. No official release date has been given for a wide launch. 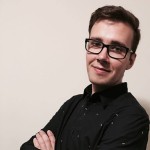 Empire of Sin Delayed to Fall 2020