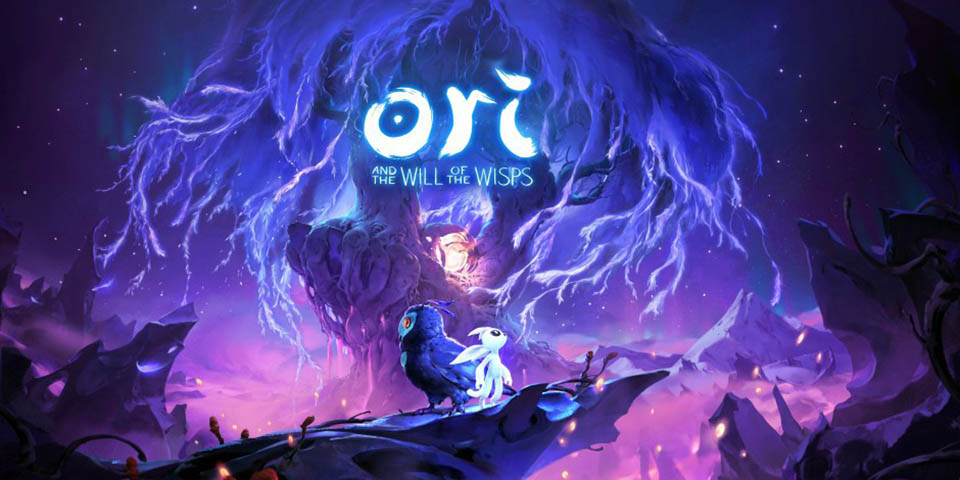 We had the chance to speak with Thomas Mahler, one of the co-founders of Moon Studios, based out of Austria. We spoke about everything and anything related to Ori and the Will of the Wisps, which is set to launch later this month on Xbox One and PC!

Thomas was kind enough to take time out of his busy schedule to talk to us and we appreciate his energy and how much passion he has for this game! We also dive into some spoilers further below during our interview so be wary and read at your own risk!

This interview has been edited for length and clarity

Bobby: Can you tell us how Ori and the Will of the Wisps differentiate from Ori and the Blind Forest and what you did to ensure that people can see it as a standalone title and not an expansion? What have you learned from making the first game that helped make the second game?

Thomas: I mean it’s a much bigger sequel than in that regard and I think most people are expecting. Our goal was to make sure that Will of the Wisps feels like Super Mario Bros. 3 was for Super Mario Bros. There are so many new systems, and for example, we spent over a year getting the combat in Will of the Wisps as refined as the platforming feels. That wasn’t easy to do because suddenly you have to change how the enemies work and everything.

There are so many new things, new bosses and boss builds and in general how bosses work and I think people will be happy with how crazy we took things in the final game.

In terms of what we learned from making the first game and what we incorporated into the second, well I think generally people don’t see this but we went from being a startup company of around 20 people including contractors working on Ori and the Blind Forest to now where we have a studio of 80 people from 43 different countries working together.

Thomas: I mean the aim of the game is going to be and people don’t feel well we’re rebates for being a startup company but we had 20 people including contractors working on it and now we got to do your 80 people right. We’ve become a much more mature operation with all the tools and the pipelines in place.

Bobby: Ori and the Blind Forest had gorgeous settings and colour palettes. Where do you take us in Will of the Wisps and how does that reflect on the backgrounds/landscapes.

Thomas: That’s a very good question. So, we specifically made sure that we don’t reuse a lot of colour that we have in Blind Forest, right. The Moon Grotto being blue and then Valley of the Wind being orange and so on. So it was really difficult because there aren’t that many other colours left in terms of primary colours. It was a tough challenge to ensure each environment had its themes.

Bobby: Music played a big role in Blind Forest, especially during tense moments. Will we see similar treatments in Will of the Wisps and how was the soundscape built around those moments this time?

Thomas: For sure! I mean we must have the roller coaster right, in terms of the emotional quality control that you have moments that are touching but then you also have moments like boss fights in there.

There are always ups and downs right. You have moments that are super touching that is calm and quiet with piano music playing. Then there are moments where we have an orchestra of 70 playing at the same time. Bobby: Ori began as a blank slate with limited abilities that grow over time. Are we starting with a more fleshed out Ori in the sequel or will we start over as a blank slate?

Thomas: Ori is brought to a new place this time around which is far away from Blind Forest. We have the player start with a few powers like only the wall jump. Others from Blind Forest you’ll have to reacquire but there are also so many more. It’s thanks to the pacing of the second game that allows us to do things the way we did it.

I think we did a much better job this time around and it’s just the pacing is much tighter this time. Bobby: Will of the Wisps is a much larger game than its predecessor, how do you find the right balance of gameplay and padding out sidequests that may artificially extend the game time?

Thomas: Well, we didn’t want to pad out anything. One of the things that I don’t like about some games is some may go, “Find 50 of this thing.” But that’s not good quality content. I think generally I feel like I am very much aware and try not to waste time because I run a studio of80 people and I have a son and a family life and so on.

So, I’m very much trying not to waste any time. So any content that I don’t usually like is usually cut by me and I’m totally fine cutting hours of content if it’s not living up to the standard. Bobby: With the Soul Link system replaced with an AutoSave system, do you think this will affect the overall difficulty?

Thomas: It will be a bit! At the same time, we did many things to try to make sure that we’re a much more accessible game this time. We’re giving players three difficulty modes that even though might not be too challenging, will offer some challenge. We don’t want it to be too challenging where it isn’t fun anymore but it’s a much simpler experience and your kids would even be able to get through the game if they were around 4 – 5 years old.

There’s also a shard system that really helps you when you have trouble with say platforming and you can equip these shards to enhance your platforming abilities. Same goes with the combat if you have trouble with combat you can equip combat shards to enhance your abilities.  Overall I think we tried to make sure that the game is much more accessible while still being able to pack a punch. We try to reduce frustration and keep the game accessible.

Bobby: Ori is a game that got its fair share of time in the speedrunning community. I was reading just this morning about how designers on games like Celeste are thinking more and more now about how to build their games for these communities in mind. Is that something we’ll see with Will of the Wisps?

Thomas: Well, one of the first things that we did was to talk to the best speedrunners out there for Ori and the Blind Forest and hired him. He’s been speedrunning Will of the Wisps from the start of development.

We didn’t expect the speedrunning community to treat Ori the way that they did and we’ve included races called Spirit Trials in the game that you can say are inspired by Trials and Super Meat Boy. You’re racing online against other players through various types of levels. Bobby: This question is off the record. Are you ready to make people cry all over again with Ori and the Will of the Wisps!

Thomas: Oh for sure (laughs)! We didn’t want to be a one-trick pony, right? We can’t pull the same tricks that we did in Ori and the Blind Forest and so it is much harder this time around to make people feel emotionally connected because Ori can’t have another parent right at the start. I think the story is much deeper this time around.

Ori and the Blind Forest was a coming of age story whereas Ori and the Will of the Wisps are more about the second half of your life and what it means to live a good life and the choices we make for the people we love.

We did a bunch of playtests for Will of the Wisps and by the end of it, they were all in tears and crying.

Ori and the Will of the Wisps will launch exclusively on Xbox One and PC on March 11, 2020.