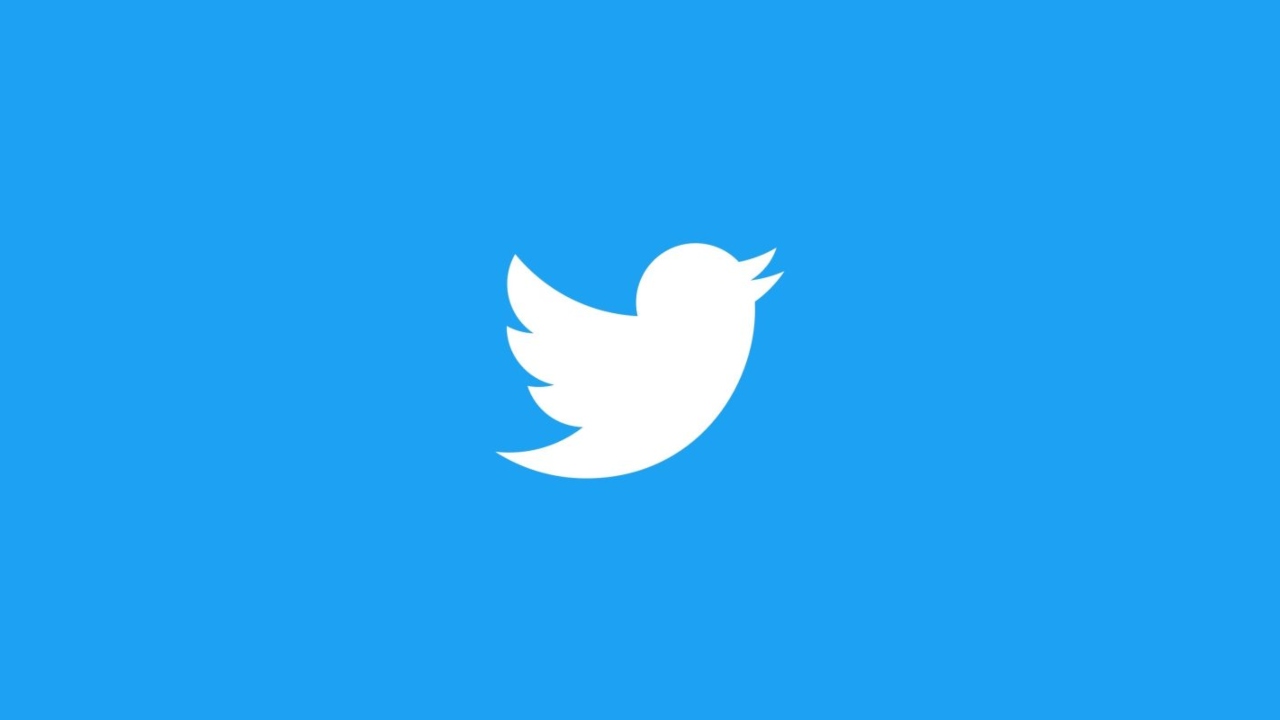 Twitter is the home for video game conversations. Whether it’s a quick tweet, sharing the excitement of the new God of War Ragnarok trailer or boasting a clip of a clutch win in Call of Duty, there’s a rise in engagement for gaming on the platform.

In the first half of 2022 alone, there have been 1.5 billion tweets made regarding all things gaming. Year over year, the social media platform is exceeding records with increased engagement across new games, events, and esports. For Rishi Chadha, Head of Gaming Content Partnerships at Twitter, finding new ways to foster those conversations is always at the forefront.

Twitter isn’t just a place for the written word. Fans, developers, and brands are able to engage with one another through video, campaigns, and even the recently added audio Spaces. Chadha has been able to develop partnerships with the likes of Activision Blizzard and Riot Games to grow the ways these studios are able to speak to their audience. At the same time, Twitter has been able to massage ways for fans to share their excitement for the largest global titles each year.

We sat down with Chadha during Elevate Festival 2022 in Toronto. It was here that Chadha explained the synergistic partnerships, and ways Twitter positions itself for new and healthy gaming conversations.

Steve Vegvari: Twitter has been continuously engrossing itself in new partnerships within the gaming industry. What do you think it is that allows for such a synergistic partnership between Twitter and developers, studios, etc.?

Rishi Chadha: So I think what’s really interesting about Twitter in general, is it’s been this home for conversation for a very, very long time. Yeah. I think that it’s really conducive to the way that a typical gaming fan uses it or what they’re looking for from a platform in a sense. You have this opportunity to connect with anyone from your favourite gaming creator to an esports team to an esports league, in a very one-to-one manner.

It’s also being able to that can also foster a broader conversation too. I think that’s something that’s so unique to this platform. It’s not something you can see in the comment section of other platforms, or in the chat on the live stream platform. I think that one of the things that have done really well is that you have this instant connection you can have that you don’t really see anywhere else. Separately, I think it’s a great second-screen experience. You can be on Twitter while watching something happen, and then have a whole discussion about it on the platform in real-time.

Lastly, I think what’s really great about this is that short-form video has been on the platform way before other platforms like Tiktok have been around. It’s been the home for highlights. So people are always sharing stuff and clipping their things. They’re saying, “Chat, clip this.” They’re putting it on Twitter. There are these things that are happening that I’ve been that are really just made Twitter a great place for the gaming community. I think it’s also just really, the gaming community at large is very much a testament to the fact that Twitter is much more than 280 characters. There’s video and all these other things that we have right now.

Steve Vegvari: It seems to me that Twitter’s investment in the gaming space really accelerated during the pandemic. Was this a coincidence or did the company see an opportunity to leverage these conversations on the platform?

Rishi Chadha: I would say that the investment in the space started a lot earlier than that. I’ve been with the company for a little over five years now. I would say we started really thinking about how we can better serve this audience back in 2017. We were looking at certain verticals and thinking about what can we do better for these verticals like esports, for example. So, at the time when it started, you would see traditional sports had things like their own hashtag emojis. I brought that to esports. I said, “Here are the top teams. Make sure that they have their own thing so fans can share their hashtags.” I think that was a big step of just showcasing that we see you and we acknowledge we want to do more with you.

From there, I think then we started looking at how we can better commercialize our partners and give them a way to build a business on the platform. We started to really start investing in how we build partnerships with our esports teams and partners. They can sell their inventory on Twitter to brands and get them to activate on the platform and build a business unit.

Then from there, we took that to how we do more with our Amplify Pre-Roll program, and invest in that for just gaming at large as well as creators and allowing them to monetize. I think a lot of those things are starting to happen at the same time those infrastructural investments are happening. We started to see it really take off. The conversation continued to explode on the platform in the past couple of years, too. We’ve seen that increase in conversation, but it really took off in 2020, obviously, as everyone was home.

Steve Vegvari: As the lead for global partnerships within the gaming division, what are some of the most highly requested features or avenues for support that you see from esports franchises, developers, etc.?

Rishi Chadha: Yeah, I think there’s been a lot of the things that we’re starting to focus on now are been some of the big asks, So now, what can we do with improved video quality? What can we do? And we’ve started to make improvements on that now, what can we do to just continue to have more monetization tools?

So, we’ve launched things such as tipping and Super Follows. I think those are really new products that are going to continue to grow in this space. Then we’re thinking about how we further help get our partners connected with brands so they can monetize better on Twitter. We’re starting to think about that.

Now we’re thinking about what are the opportunities around things like communities and what we’re doing with them. Then even audio spaces and how that started to take off and do incredibly well on the platform. So, a lot of those things are really big asks and where we’re seeing a lot of interest. Then, certainly, people ask about things like the edit button. You’ll be hearing a lot more of that.

Steve Vegvari: On a very regular occasion, Twitter releases new gaming insights. These offer a look at trends in conversations around games, events, esports teams, and more. How have you seen these trends change over the years and do you forecast any big shake-ups as we head into the last few months of 2022?

Rishi Chadha: The first half of the year was massive. We had over 1.5 billion tweets about video games. It was up to around 36% year-over-year. I think that growth continued into the second half of the year. We’ve seen a massive Q3. Q4 will be pretty similar in that sense. So, growth is really good and has been popular. Separate from that, it’s continuing to be a global conversation. Japan drives a lot of the gaming conversation followed by the United States and then Korea. I think we’ll see that same trend for the rest of the year.

Outside of that, there are the games people are talking about. We’ve seen new games like Elden Ring, which came out at the beginning of the year. It will be interesting to see how they stay for the rest of the year. I do think games like Valorant, have done great and Apex Legends has done incredibly well and is continuing in the second half of the year. So I wouldn’t be surprised if they’re in the Top 10.

I think that conversation is going to continue to keep getting bigger. I do expect events like Worlds for League of Legends, are coming up and are some of the most talked about events of the year. It’ll be interesting to see how the esports list shakes out because that’s always a really popular one and quite contentious. I think it’s really pushing a lot of teams to be thinking about how they drive and foster conversation on the platform and what they’re doing. So it’s really anyone’s game for the back half of the year.

Steve Vegvari: Are there any initiatives or integrations that you can take about that may be around the corner? Alternatively, what are some of the goals you’re setting up for 2023?

Rishi Chadha: I would say one of the areas that are always really important is just health and safety on the platform. We’re home for public conversation across the internet. We want to make sure that it’s healthy conversations that are happening. I’m really pleased with the stuff that we released recently. Whether it’s things like conversation controls, like who can reply to your stuff. Then we’ve also now launched new features around that so that we can actually change that after the fact. So, you can put a tweet out, things get a little crazy, and you can change that. That’s really great to see.

Then you have the ability to remove yourself from conversations. I think that’s another great feature that’s happening. I think those are the things we’re going to continue to focus on to make this a platform where people can have healthy conversations and feel safe about having those conversations.

There are also Twitter Circles, which are starting to come out. You can actually cast your tweets to a group of people. That allows you to feel more comfortable having a tweet and not feel like it’s out in the open and getting overwhelmed with that. I think a lot of those things are areas of focus for us.

In addition to what we’re doing with communities, we’re continuing to build Spaces. It continues to be an area that we’re really putting focus on in terms of discoverability around them. For instance, recordings, clipping, and all of that stuff to make it easier for people to find Spaces, share Spaces, and consume them too if they don’t have time to watch the entire show or listen to the entire Space. So we’re excited about that stuff and what’s coming with that. I think it’s just how we continue to foster Twitter being a home for all gaming highlights and being a place where people want to put the highlights and also monetize.