The Canadian National Exhibition is a Toronto staple. Year after year, folks from all over Ontario gather in the summer to enjoy the rides and delicious food offerings. However, for the past few years, the CNE has been becoming an event to celebrate games and technology. In 2017, the CNE began hosting the Gaming Garage, a three-day event showcasing local esports talent, games, and technology. In the following year, AMD jumped in and became the event’s major sponsor.

Now in its third year, CNE Gaming Garage is going big. Bringing the likes of the Kinda Funny host, Greg Miller into the fold. The Gaming Garage will also be hosting a series of esports tournaments including Overwatch and Rainbow Six Siege across the three-day event. Local developers Drinkbox Studios, Capybara Games, and Ubisoft Toronto will also be involved in a series of panels. While entertainment is still at the forefront, AMD is hoping the event will help educate the attendees walking through the AMD Hall.

Ahead of the CNE’s opening weekend, I spoke to the VP of Software at AMD, Andrej Zdravkovic. We discussed the message AMD is hoping to project this weekend and AMD’s innovations within technology.

Steve: Can you talk to us about your role with AMD?

Andrej: I have a dual role at AMD. I am responsible for graphics software. Here in Toronto, or should I say Markham, I am also the lead for our office and presence in Canada.

Steve: We’re a few days away from the CNE Gaming Garage, and indicated by the name, AMD has quite a presence seeing as its “Powered by AMD.” What is AMD’s involvement this year?

Andrej: This is the second year we are doing [The CNE Gaming Garage]. We started talking to CNE about merging events that were a gaming celebration by AMD with CNE. We discussed ideas. A few years ago, they tried a Gaming Garage option, so we said it was going to be an AMD Gaming Garage. We finally settled on the name: “CNE Gaming Garage: Powered by AMD.”

There is AMD technology everywhere in the hall. We allow CNE attendees to experience AMD technology, but also computer technology in all the aspects. We will be showing different consoles because AMD is inside consoles. We’ll have a number of PCs which will have our CPU Ryzen and graphics Radeon cards. We’ll also show how cloud-gaming works and how there are specific features like where you can actually play on your phone while using the power of your PC.

Steve: It seems as though in its third year, the CNE Gaming Garage is gain a lot of traction. This year, it is being held on the opening weekend. With many more potential eyes on the event, what does AMD hope attendees take away from the event?

Andrej: The whole idea here is to change the perspective and help the CNE transform itself. Last year we held it the weekend before school and it was very successful. We had 50,000 walking through the AMD hall, playing on AMD computers. We are basically opening this up for the families. I think that’s a major thing and again a major note this year as well.

This is providing a little bit of AMD technology to everybody and talking about AMD’s presence in Toronto and Ontario. We have well over 2000 people in our company and every year, we employ over 100 students from local universities to spend their professional year here at AMD. A lot of them become employed in the end.

Steve: Looking at the schedule, there are a lot of opportunities for players to get their hands on some hardware and play some of the hottest games. Were there any announced activations that you’re excited to see?

Andrej: Our mission is to provide the best quality gaming, the best visual quality, and the best computing with our Ryzen and put everything together in a very simple message. Walk-in, play on the Radeon-enabled computer and have a look at the best possible Threadrippers that are out there. Play family games on a console.

This is all available and is there to change the perspective of CNE-goers. It used to be grandparents and parents taking their kids to the CNE to show them what the CNE was in their day. What we’re trying to do with the Gaming Garage is to turn these kids into educators. So they can tell their parents what computer technology is.

Steve: One activation that stood out to me is the VR Freeplay. AMD plays a pretty big part in making VR possible, what is your outlook on VR? Have you had any standout moments using a VR headset?

Andrej: It’s so impressive when you first put the VR headset on and get transported to different worlds. It’s absolutely amazing. It’s really changing the experience from a gaming perspective.

Unfortunately, we don’t have a whole lot of VR content being created and I think that’s the biggest betterment for the industry. It’s like a chicken and egg thing, where if everybody has a headset, games will be created for them. But not everyone will get a headset unless the games exist.

We will be showing something interesting in VR and also our take on wireless VR. That will be in the Experience Room. You’ll be able to see how we can do a pretty compelling experience with wireless VR.

Steve: AMD not only has their feet securely planted in the PC space but other corners of the tech industry. Can you walk us through the reach AMD has?

Andrej: Xbox and Sony are powered by our technology and that is enforcing our message. Now that we’re celebrating 50 years of AMD, we’re trying to send a strong message of having AMD literally everywhere. We are in the server market, with our latest addition of Rome. In the desktop, we have Threadrippers and Ryzen. With our APU, which has CPU and GPU together, we are in notebooks. With the recent announcement of our partnership with Samsung, we are getting into the mobile space as well. You can see AMD everywhere in the industry.

Steve: AMD has been building quite the relationship with Microsoft and Xbox, going as far as to provide Game Pass subscriptions with the purchase of the AMD Ryzen processor. Is this a partnership that is going to continue to flourish?

Andrej: AMD and Microsoft are long term partners and that is an absolutely fantastic relationship. We are trying to improve it every day. So yeah, there will always be some nice surprises for our users. Steve: Looking into the future, Microsoft has announced AMD’s involvement in their next console. While I’m sure you can’t give away specifics, can you touch on any leaps in processing power that could be made with AMD integration?

Andrej: Well, I can’t give you specifics, but we were really happy to see Microsoft announce that partnership for the future. I can’t give you the specific course of performance, but as you can see AMD is constantly improving performance, being the only company that is 7nm (nanometer) today and leading that balance of power and performance. It’s promising that we will do very well.

Steve: As the new generation of consoles is on the horizon, the term “ray tracing” continues to be brought up. While this is not new to PC players, it will be on the console side. Can you touch on how this will be made possible by way of AMD?

Andrej: Ray tracing is interesting in general. I remember when I began in graphics, which was many, many years ago. We were not really sure if ray tracing was going to take over or the rasterization technique. At the time, raster won.

Ray tracing provides a very natural image and in the last five years, we have been demonstrating what can be done with ray tracing with ProRender technology. It provides fantastic support for professional applications. It is a tool usually used for offline rendering to provide new life images for any professional cars or cosmetic products. You see these images on the TV screen and think the images are photos, but they are not. They are images done by ProRender.

Moving that technology into gaming is a bit of a challenge. We have just announced a technique which you can use ray tracing on a smaller level and provide machine learning to artificially denoise and create a better picture. We’ve published this technique as an open-source set for users to see. We’ve integrated that into Unreal Engine as well.

We are getting ready. Currently, the content is not ready. We think the state of art requires a little more time.

Steve: With such a busy schedule, do you still manage to work in some gaming to unwind? What have you been playing lately?

Andrej: It’s interesting. I’ve been working on the drivers and graphics for games for years. I’m probably in the 70% of people that watch other people play games. I’m not very good as a gamer! *laughs*

That’s why I insisted that we provide the technology so you can go on Twitch and stream your games. Watching the people who know how to play is very impressive. For me, the challenge is to create the best visual experience and that’s where I get my drive from.

Big thank you to Andrej Zdravkovic, who took the time to speak with me. The CNE will be opening the gates on August 16th and the Gaming Garage will run from the 16th through to the 18th. See here for ticket information and don’t miss out! 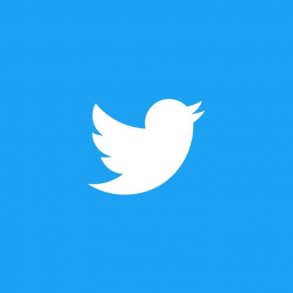 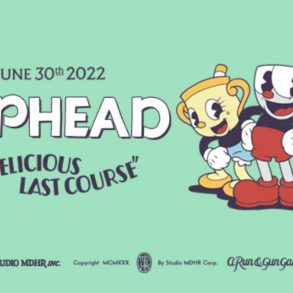 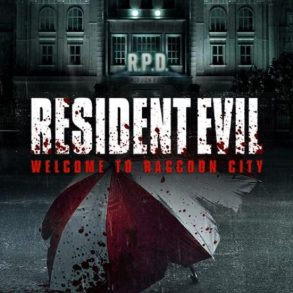