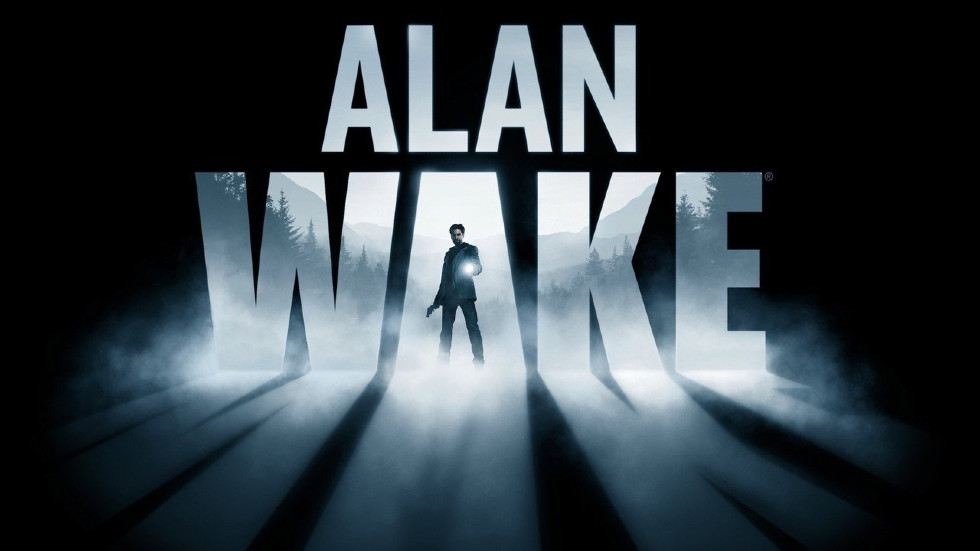 Remedy Entertainment’s Alan Wake is set to launch this week with a fresh coat of paint and I had the opportunity to speak with Thomas Puha, Communications Director, Remedy Entertainment the studio’s cultural phenomenon. Remedy has always been known for its exciting storytelling, often serving interesting science-fiction stories with twists and turns to keep you on your toes. A new generation is now able to revisit a game that often summons Twin Peaks comparisons, pulling in players to a central mystery that has enraptured players for years.

Q: Why did you decide to do this remaster after all these years. Is it a lead-up to something? Or was the fanbase noise so loud that the decision had to be made?

Thomas Puha: A few things. The kickoff to this was Remedy getting the publishing rights of Alan Wake back in 2019. That meant we could decide what to do with the franchise ourselves and we had talked about doing a Remaster and especially about bringing Alan Wake to a wider audience such as PlayStation owners, who have not been able to play Alan Wake. A remaster is something that has been requested from Remedy quite a lot, so we are happy to deliver. 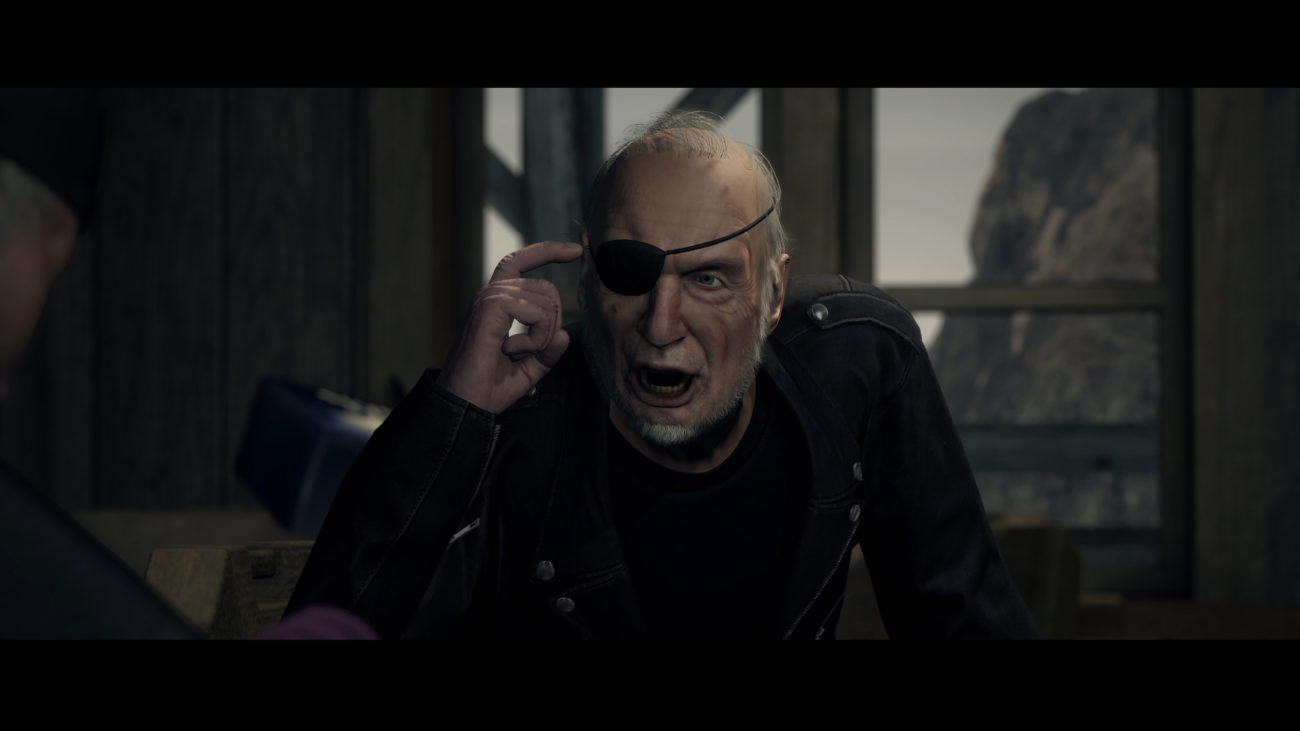 Q: What are some of the challenges of bringing a game into the current ecosystem? Were there any legal hurdles with the music that had to be cleared?

Thomas Puha: The licensed music was renegotiated a few years ago, so all that was fine thanks to Microsoft. There’s a myriad of things like, when you have a game that came out in 2010, for example, you licensed middleware for the versions of the game you knew were happening a decade ago. So, when you make new versions you have to go back to those contracts, see what was negotiated then, figure out new licenses, and so on. Which is a normal part of the games industry business.

Then there are things like the Verizon ads and such in the original game. Not a lot of points in going back to renegotiate those when you don’t even have an idea who you would talk to about those things. Plus, the real-world branding didn’t fit very well into the game, so we were glad to jettison those out and replace them with something custom-made ads that fit the world a lot better and gives something for the fans. 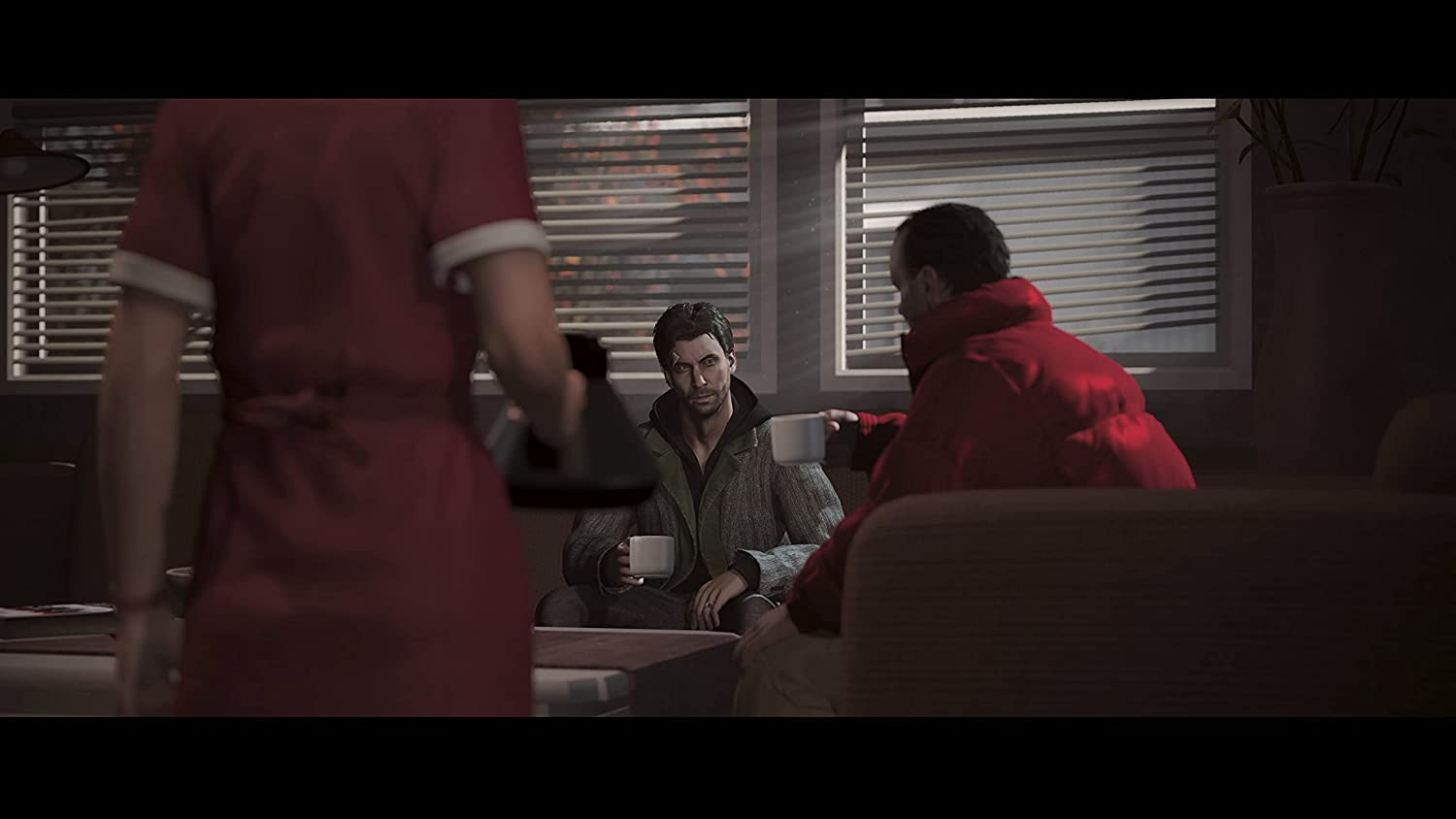 Q: Can you explain a bit about the process of updating this iconic classic for today’s audience. What can you tell us about the remaster process the typical consumer may not know?

Thomas Puha: Games and technology age quickly, so when bringing a game to new platforms, you do have to redo quite a lot of the core software technology. That has to be done before you can really get into things like improving the graphics, framerate, and so on.

It’s pretty far from just “taking the PC version and porting it”. Alan Wake Remastered took about 16 months and the first part of that really was for our development partner d3t to just get an understanding of the original game’s codebase and then start to create things that modern consoles and the PC platform require. 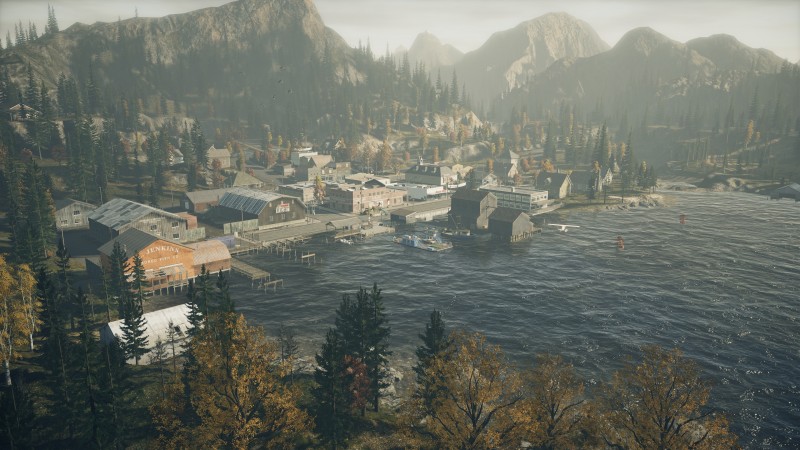 I think in general software development is a mystery to most people and things that can seem “easy” are the ones that can take months or longer to figure out and fix. This was somewhat easier in this case as many of the people who made Alan Wake in the first place are still at Remedy and were intricately involved in this Remaster.

We are also shipping this game on a lot of platforms and when most of the teams are remote, it’s quite difficult to do things like visual quality control. There are only a few people at Remedy who can do that, who know the old game in and out, but it’s not like they can download and keep playing 9 different versions of the game all day long to check these things. We used to be able to just go into a meeting room with all relevant and required people to do these things, but remotely it’s far more complicated. 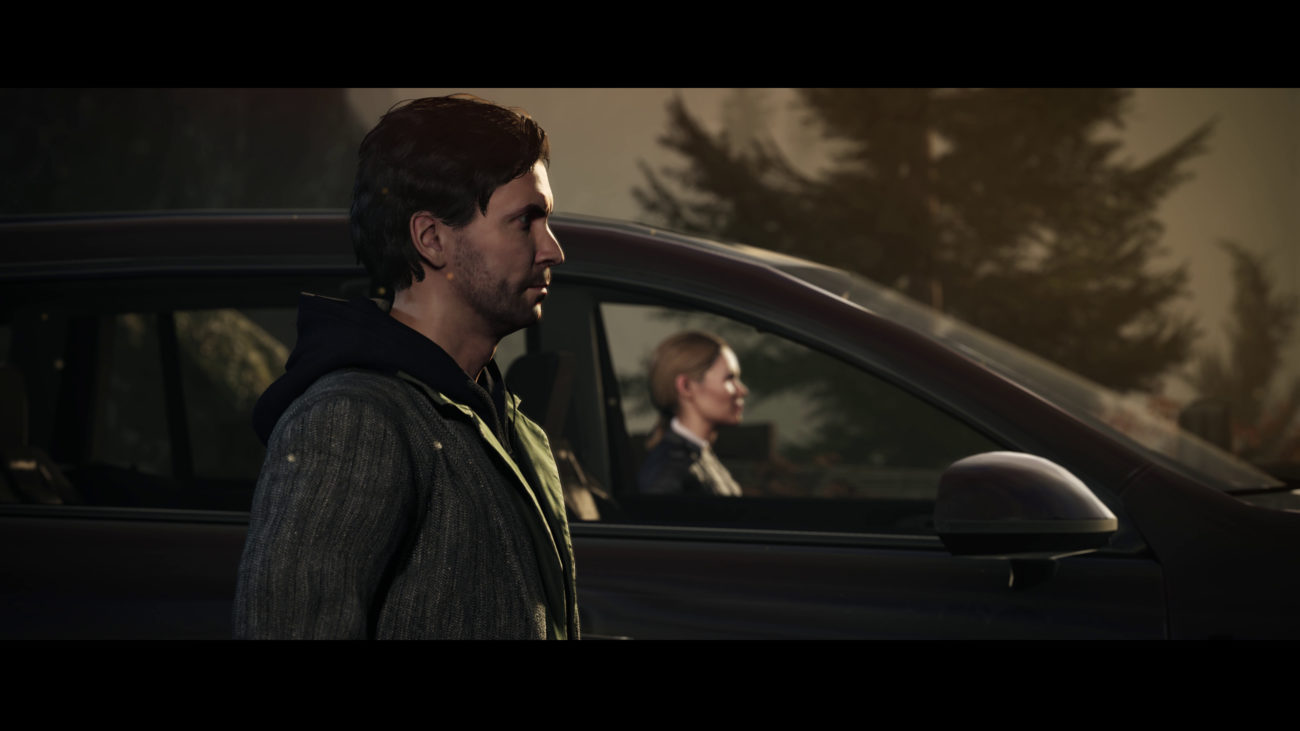 Q: Alan Wake has built a powerful following since its launch on Xbox 360. What is it like to finally bring the character and his core story to a brand new audience in 2021?

Thomas Puha: It’s exciting, interesting, and a bit nerve-wracking (laughs). A lot of people know about Alan Wake but have not played it, so there’s that challenge of, it’s still a decade-old game, which looks pretty incredible still to this day, but do expectations meet reality? That’s going to be interesting to find out.

I think for folks who want an interesting, unique story, Alan Wake definitely delivers that and surely we did something right since for a better part of a decade people keep letting us know they loved Alan Wake and how the experience resonated with them. 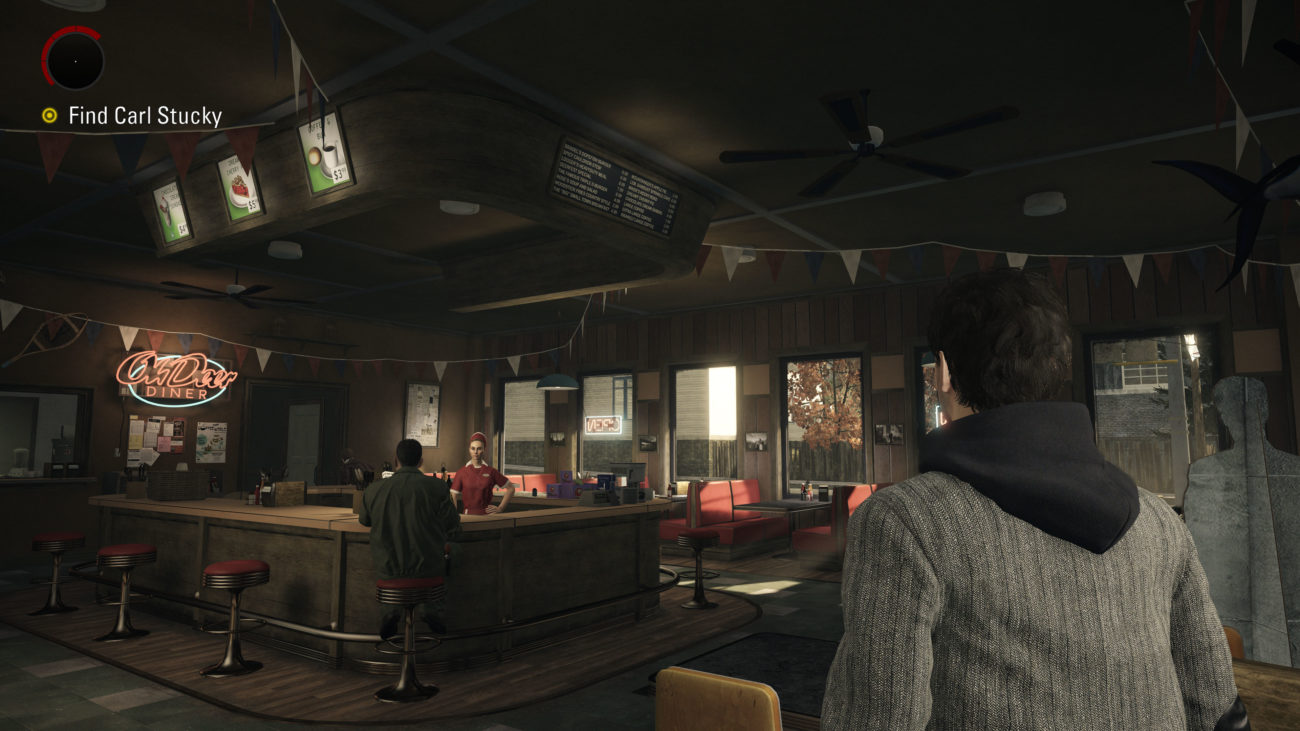 Q: Have there been any updates to the gameplay to change the pacing or refinement in combat?

Thomas Puha: No. This was a conscious decision. It’s a Remaster and not a Remake, which we didn’t feel the game needed.

Changing fundamental gameplay features can pretty quickly snowball and have an impact on many things. Like Alan running out of breath, not being able to sprint constantly is pretty frustrating especially in this day and age, but changing that would have impacted the pacing, the combat setups, the tension and suddenly you are dealing with a lot of potential changes to the core gameplay experience.

Q: Do the improved visuals, lighting, audio, etc. help set the tone and atmosphere of the game at all? Are there moments in the game that proves to be more chilling than originally conceived all those years ago?

Thomas Puha: I would say they help because the added resolution and improved graphics help bring out the details especially during night-time in the woods and that’s a lot of the game. Improved cut-scenes and especially facial animation help tell the story better too. Still, the original game had such great art direction, technology, and mood that it was challenging to improve on that.

Ironically, one of the challenges in a Remaster especially ours is how to stray true to the original look and feel when so much of the underlying technology especially graphics technology has to be rewritten for new platforms. We need far less fog to hide things on current systems than back in 2010 (laughs). 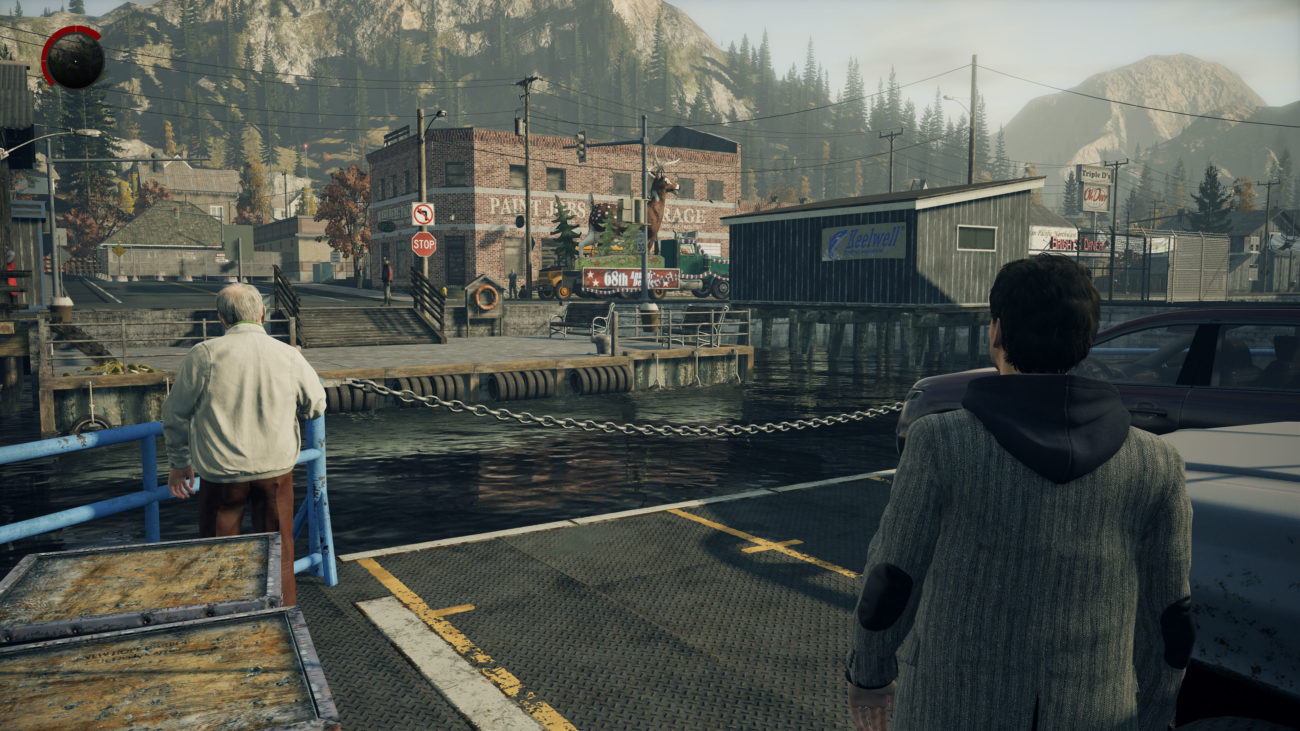 Q: How did the crossover with Control happen and can you hint at whether or not there are Easter Eggs for fans of the Remedy Connected Universe?

Thomas Puha: So, Control and Alan Wake are in the same universe and thus part of the Remedy Connected Universe. Our Creative Director Sam Lake already envisioned this, on some level, back when he was making the original Alan Wake, so making those connections in Control was not difficult.

I think that’s one of the things that’s especially cool about the Remaster. There’s plenty of people who have played Control and the AWE expansion, which had a heavy focus on Alan Wake, and hasn’t experienced the original Alan Wake. Now they can do that and see those connections…granted that’s for the folks who are super into this stuff and you don’t really have to know anything about the “Remedy Connected Universe” to enjoy these games and that’s important too. 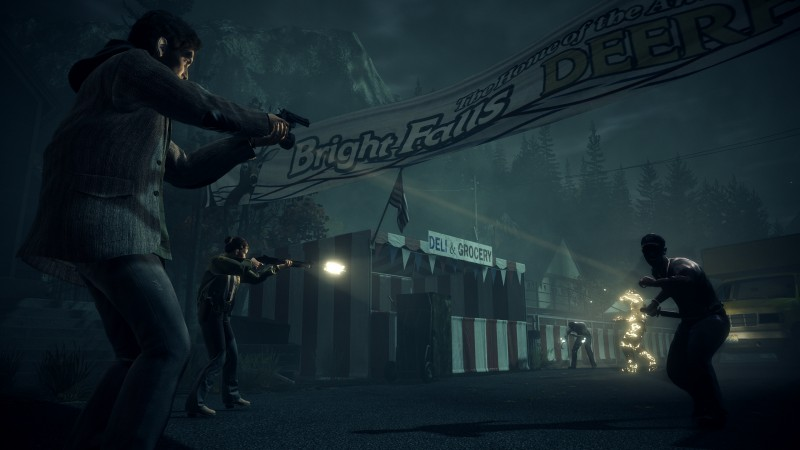 Q: Did the team have any rules regarding the remake like how close to original facial appearances were kept or how the world needed to be as close to the original?

Thomas Puha: As a Remaster, of course staying true to the original, yet improve, was the rule. We did change or rather update Alan’s face so it could closely resemble the actor Ilkka Villi’s face, which we finally could. Ilkka is the face of Alan Wake and in the original game, the character model didn’t resemble him very well. Then you had live-action segments where it was clearly Ilkka as Alan and so the Remaster was a great chance to bring consistency to the experience.