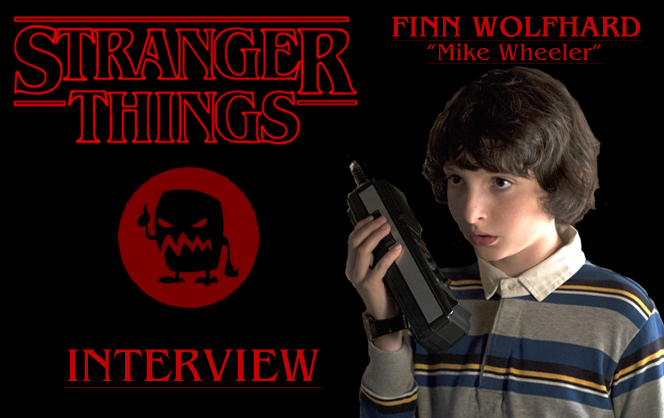 Last year a little Netflix Original show took the world by storm with it’s take on 80’s style Sci-fi and horror. That show, of course, is Stranger Things. Stranger Things focuses on a group of kids dealing with the disappearance of their friend as well as the appearance of a strange girl who hardly speaks and seems to be more than just an ordinary kid. The show is currently streaming on Netflix with season two set to premiere on Halloween of this year (October 31st 2017).

One of the show’s stars, Finn Wolfhard, who plays Mike Wheeler was in Toronto last week to celebrate the launch of the Nintendo Switch. We had a chance to chat with Finn about gaming, Nintendo, as well as some Stranger Things:

Have you been a gamer since early on?

Finn: Yea I sort of grew up around games. My brother and my uncle would play early PS1 together like Final Fantasy 1 and that was the first game I ever played but I think my brother sort of propelled me into video games and I started collecting retro Nintendo stuff so, I don’t know, it’s super cool and I’m glad to be doing that

So you mentioned Final Fantasy 1, was the PlayStation the first console that you played on? Or have you always been a Nintendo fan?

Finn: I think, ya PlayStation 1 was my first console but then after my brother got a PS2.. I remember I would watch Angry Video Game Nerd, like early early, which corrupted my mind in the best possible way and maybe I was like 6 or 7 and that brought this obsession up with retro video games so my dad and I went on craigslist and found this NES and we just sorta went from there.

Throughout all the companies do you have a favorite console, like one you just remember having the most fun playing on?

On Stranger Things you guys play a lot of D&D, do you play it in real life as well?

One final question, I know you weren’t able to say a lot. But for season 2, you said it was going to be darker, can you say how?

Finn: It’s more of like the story itself, it’s sort of dealing with Will and sort of his backlash and I guess you slowly find out about how his personality has changed and how he’s changed as a character so in that aspect he gets a little darker and in general the show just gets darker.

You can catch Finn next in the remake of the Stephen King classic ‘It’ releasing in theaters this September, and then of course in season 2 of Stranger Things premiering October 31st.