‘Inspired To Drive’; Short Film Shows Just How Useful Video Games Can Be 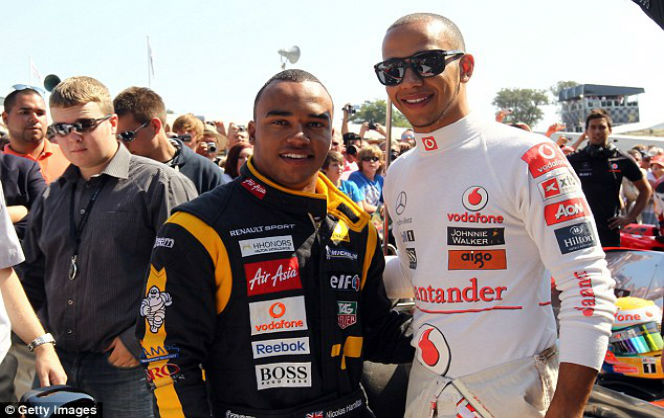 A new short film “Inspired To Drive” is the inspirational story of
how a young man with cerebral palsy used simulated racing technology to develop the skills needed to become a world-class professional race car driver.

Nicolas Hamilton was born with cerebral palsy and spent most of his early years in a wheelchair and a variety of other devices designed to aid with motor impairment. He also had a dream—to one day be a professional race car driver, like his older brother, three-time Formula One World Champion, Lewis Hamilton.

His father, who never gave up the hope that Nicolas might one day live out his dream, once strapped his feet to the pedals of a go-kart, only to watch 7-year-old Nicolas go careening off into a ravine.

He devoted so much time developing his skills and abilities on the
simulator that he was soon winning eSports championships and gaining huge notoriety in the online racing community. But that wasn’t enough for Nicolas; eventually his single-minded dedication saw him able to transfer his online skills into the take-no-prisoners, physical world of real-world motorsports.

In 2011, Nicolas Hamilton, with his world champion brother Lewis
watching alongside thousands of fans, lined up on the grid for his debut in professional motorsport, competing in the highly-competitive UK-based series, The Renault Sport Clio Cup.

In 2015, with a car that was specially modified to accommodate his
needs, Nicolas secured a deal with AmD Tuning to race an Audi S3 in five rounds of the British Touring Car Championship, the top motorsport series in the UK, thereby becoming the first driver with a disability to compete in the series. Nicolas is now also part of Channel 4’s Formula One presentation team.

The short film “Inspired To Drive”, documents this inspirational story of how a kid who couldn’t walk without mechanical aid went from a wheelchair cheering on his world champion brother to the cockpit of a racing car as a professional racing driver.