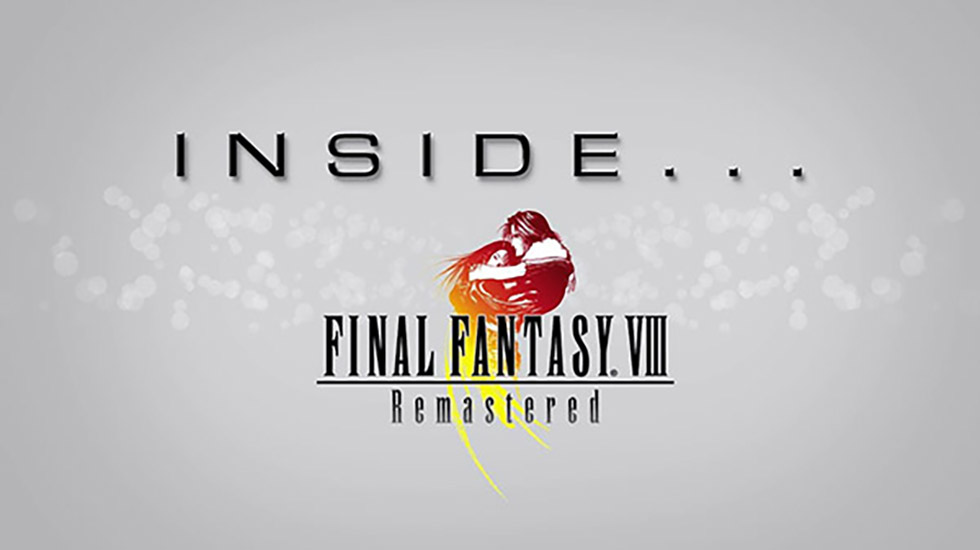 Next up in the Inside series from Square Enix, the video focuses on the recently released Final Fantasy VIII Remastered and focuses on interviews with Yoshinori Kitase, Shinji Hashimoto, and Yusuke Naora.

We learn how the developers worked on the game with help from Sony, and that they used influences from working on Final Fantasy VII to work on Final Fantasy VIII. For example, the world of VIII is an extension of the cyberpunk world of VII, they had to find the balance between fantasy and reality and sci-fi, but also include sorceresses. There are two sorceresses in this world, one good (in the East) and one bad (in the West).

Another tidbit is that characters were more realistic and that meant backgrounds and environments needed to be as well. In order to do that, the developers scouted locations, including schools and invested a lot of time and money into this aspect. They go on to say models like Cloud’s was over-exaggerated and they wanted to move away from that and make things proportionate with VIII.

There’s a ton of neat information that is spread throughout the half-hour video, and it is a recommended watch.