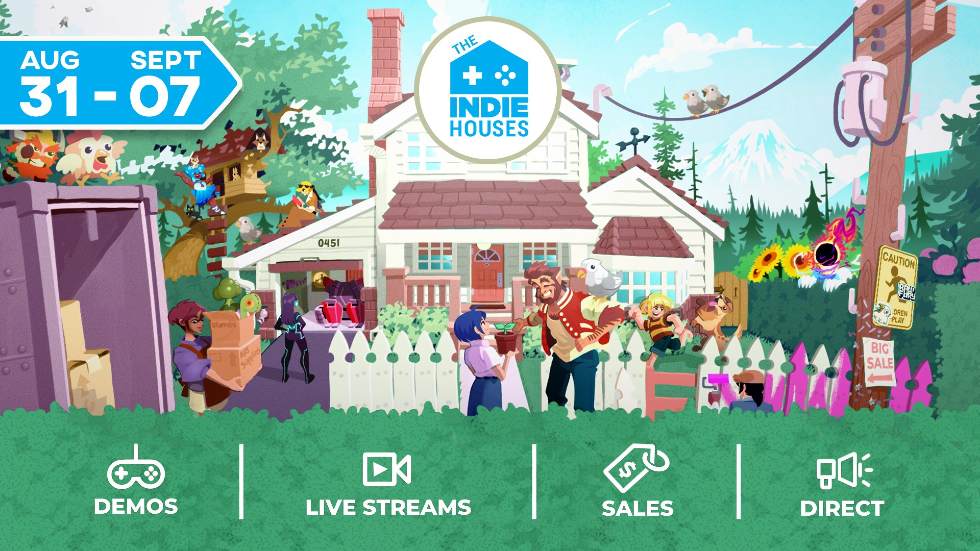 Did you think the summer showcase bonanza was finished? Guess again because we’ve got at least one more to go before September rolls around. The latest one is called the Indie Houses Direct and is set to air on August 31, 2021.

Welcome to The Indie Houses! 🏡🎮

We're a collective of publishers who believe in ""indies-for-indies"" – we want to elevate each other, not compete!

Read the full announcement blog for details on our plans – including our Steam showcase event 👀https://t.co/QWjXTNPDeG pic.twitter.com/cafGpXSdvv

Expect to see new game announcements, game demos, developer live streams, Q&A sessions, and more. The idea behind the initiative is to support the growth of each publisher and do it through education, encouragement, collaboration, transparency and opportunity. By being involved in Indie Houses, it allows the studios and devs the chance to focus on working together rather than working against each other.

“We combine our experiences with forward-thinking vision and believe in treating others in our field as friends and collaborators instead of as counterparts or obstacles,” reads the Indie Houses website. Our indies-for-indies attitude means we prefer to focus on the open sharing of knowledge and resources rather than cutthroat competition. The work we do is intended not only to elevate ourselves and our developers but the status of indie games across the board. We foster a collaborative and friendly relationship with other developers and publishers both within and outside of our organization.

You will be able to watch it on YouTube, Twitch, and Steam. Following the event will be a weeklong Steam Festival, from August 31 – September 7.