Launching alongside the Xbox Series X is Microsoft’s more affordable next-gen Xbox Series S console. Touting the same performance enhancements and quality of life improvements as its high-end counterpart, the Xbox Series S has a low barrier to entry into the next generation of gaming.

It’s an interesting proposal Microsoft has laid out. On the one hand, the Xbox Series X serves as the more traditional console with all the bells and whistles pushing games forward. However, the prospect of a secondary console, capable of integrating high-tier performance and optimization in exchange for very few cuts is rather appealing.

Though, it does beg the question, do those differences matter in the grand scheme of things? We’ve had the chance to go hands-on with the Xbox Series S to see the improvements Microsoft has made in its smallest, cost-efficient doorway into the new console generation to provide some top-level impressions. 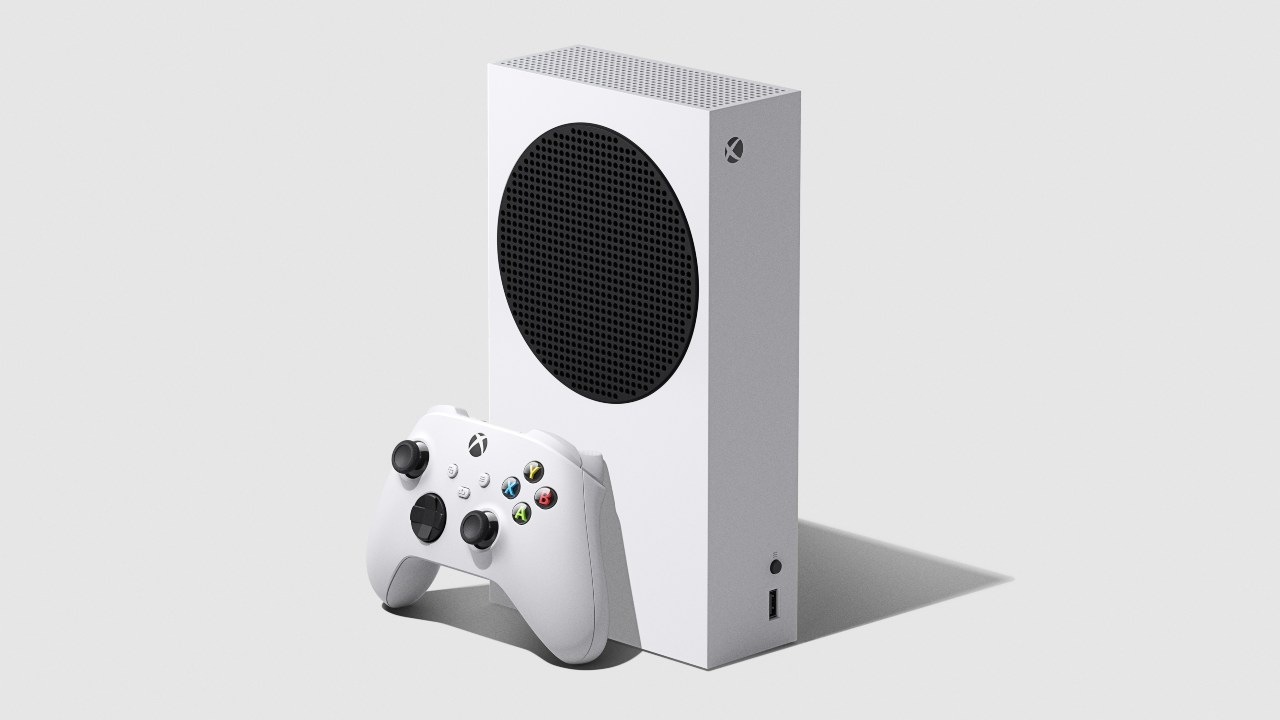 The console is measured to come in at 10.8” x 5.9” x 2.5”, slightly smaller than the Xbox One X. If we compare it to the Xbox Series X’s monolithic 11.8” x 5.9” x 5.9” design, the Series S is still rather tiny. Of course, the console has been designed to sit vertically or horizontally with small plastic nubs on the bottom and side.

From top to bottom, the design of the console is minimalist. Being an all-digital console, much of the console’s face is bare. It features only the essentials like the power button, pairing button and a USB 3.0 port, it has an incredibly clean look to it. On the rear, you’ll find the power connection, HDMI port, ethernet, SSD expansion slot, and two USB ports.

Don’t let the size of the Xbox Series S fool you. The console is able to deliver a truly next-gen experience. Although it may not tick all the boxes the Xbox Series X does, Microsoft leverages the aforementioned specs accordingly to enable games to hit higher milestones.

Upon launch, the Xbox Series S features full backwards compatibility with the majority of Xbox One games. Looking at favoured games of mine such as Assassin’s Creed Odyssey and Fable Anniversary, the Xbox Series S improves the games from loading times to overall performance. The boosted fidelity and optimization can be noticed when comparing the games while running on the Xbox One X. 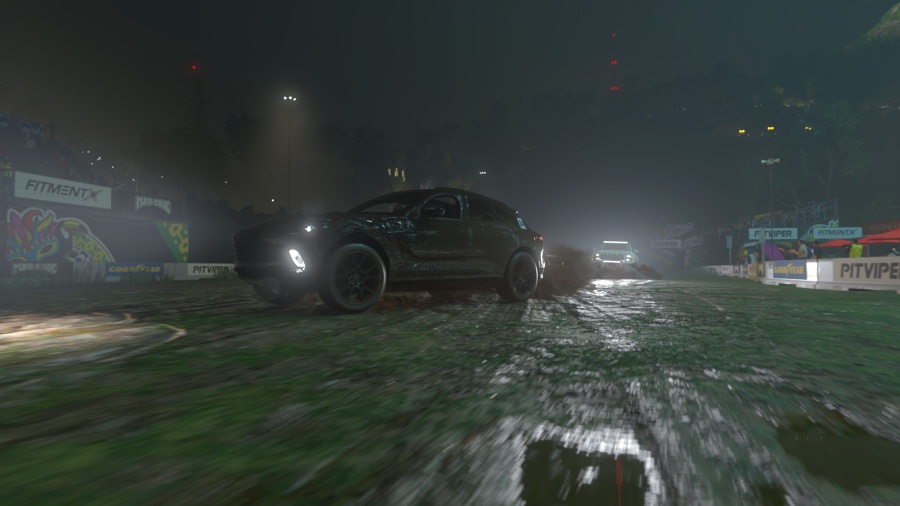 Although, a lot of this does depend on the individual game as well. DiRT 5, a game releasing on the cusp of the Xbox Series S launch fails to deliver the unparalleled gaming experience. Although the game takes advantage of the custom NVME SSD to deliver fast loading times and the lighting was impressive, the overall package never stood out as being “next-gen”.

Taking a look at Gears 5, a game that already excelled in showcasing Microsoft’s hardware on the Xbox One X has been improved. Using Xbox’s Smart Delivery coupled with the Velocity Architecture, Gears 5’s performance has been heightened. From crisp colour pallets to fast loading times, games that have been optimized to have better performance demand attention on the new consoles. 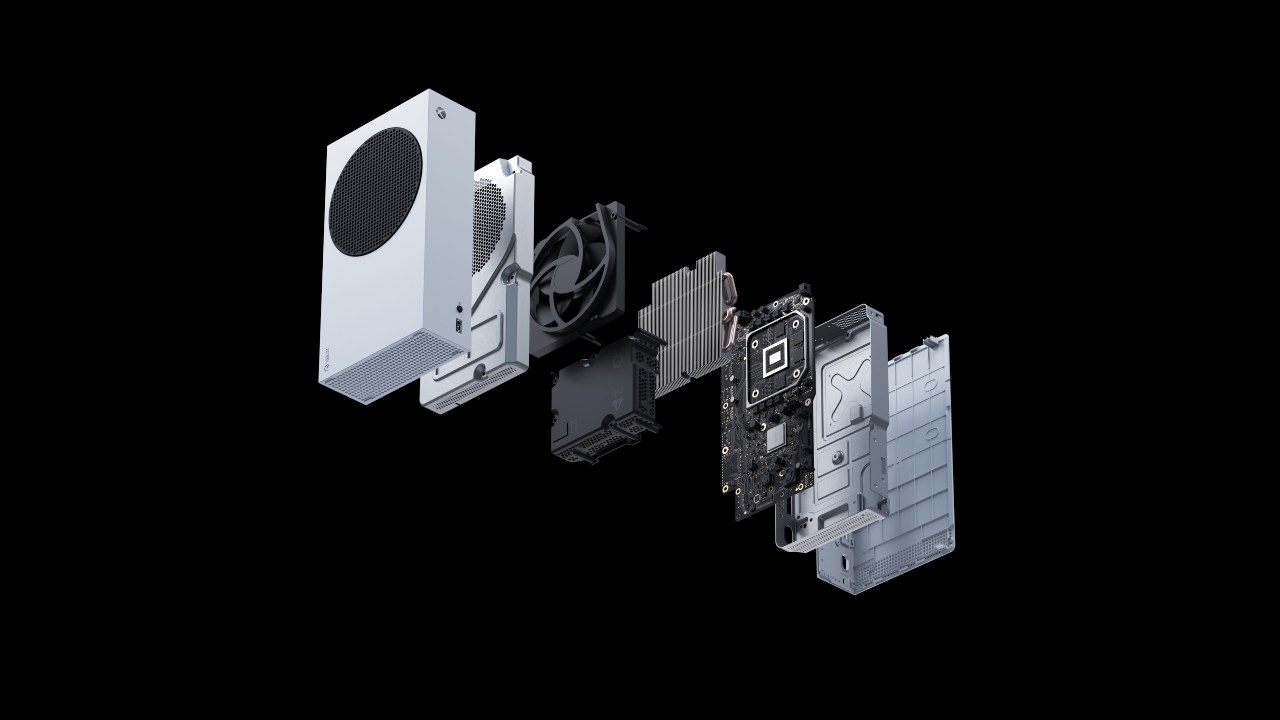 The Xbox Series S features a 512GB SSD. Although, it is partially taken up by the OS and system. It was a bit underwhelming to see that the console only has 364GB available for game storage. Of course, you can invest in a 1TB SSD expansion or shuffle games around when they aren’t in use. While I completely understand that storage was an aspect affected in order to keep costs down, a low ceiling for storage on the next-gen console can prove to be an issue as games progressively become larger in size.

Of course, the Xbox Series S isn’t the only shiny new thing to come in the box. No, Microsoft has developed and included the new Xbox Wireless Controller. It’s not the major shift in design we’re used to seeing, however. Microsoft has maintained the overall body and layout of the current Xbox controller but has added aspects seen on the Xbox Elite controllers. The controller grips now have texture to them and feel great in your hand. The triggers leading into the shoulder buttons are also textured. While I’ve always been fond of the Xbox One controller, Microsoft has refined it by giving it a brand new D-pad, which quite honestly feels great. In the short amount of time testing the device, the D-pad has become one of my absolute favourites. It’s accurate and very responsive.

Finally, the new and improved controller also sports the Share button. This addition has really spoken to me, a devout fan of photo mode and sharing screenshots online. The ease of use and customizable features the Share button possesses is a welcomed addition to this generation.

For players on a budget or not obsessive over 4K graphics and the highest FPS (even though the console supports 120 FPS) out there will find a lot of value from the Xbox Series S. It’s an open door into Microsoft’s next generation of games for a cost-efficient price point.

While it may not have all the glitz and glamour its Xbox Series X counterpart has, there’s still an astounding amount of high-end tech running inside the small, compact body. The new generation of games is going to be an exciting time. Microsoft is breaking down barriers and welcoming more players into the Xbox ecosystem.