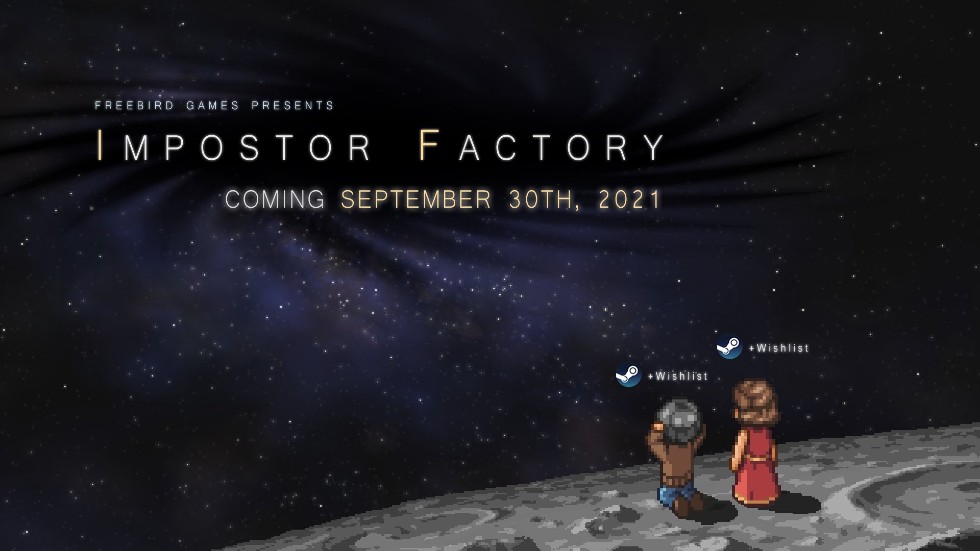 The next title from Freebird Games is launching later this month, following the release of To the Moon and Finding Paradise.

On September 30, Impostor Factory will launch on PC.

Impostor Factory (To the Moon 3) releases on September 30th!

Described as a narrative-driven game that “is categorically out of its mind,” Imposter Factory sees the return of Dr. Rosalene and Dr. Watts, two doctors capable of diving into the mind of their patients and give them the chance to live out another life in their heads.

The third entry focuses on another character though – Quincy, who one day was invited to a party at a mansion. This party was suspicious from the start and Quincy even discovers a time machine at the mansion, but not long after this discovery, people wind up dead and that is where the game begins!