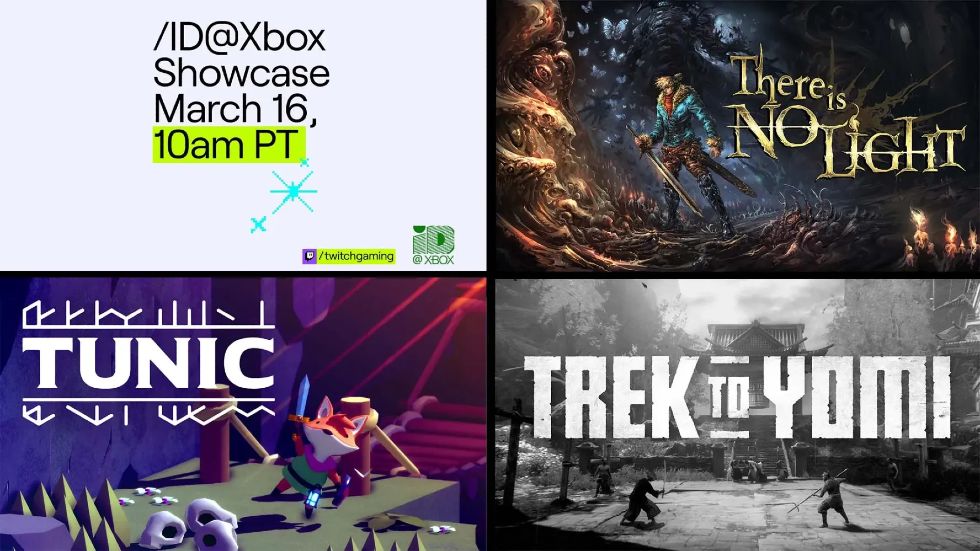 All The Announcements From the ID@Xbox Showcase

Xbox has joined Twitch Gaming for another showcase showing off some of the latest titles in the ID@Xbox. On March 16, 2022, Xbox took over the main page of Twitch to reveal several new additions coming to Game Pass, including the launch of Tunic, which has been stealth added to the service.

The highly anticipated game from fellow Canadian, Andrew Shouldice releases today. The game has you playing as a brave little fox in a Legend of Zelda-inspired isometric view.

Tunic is available now for Xbox Series X & S, Xbox One and on Game Pass.

In this new game from Flying Wild Hog, you play as a young samurai named Hiroki, who has sworn to protect his town against any threats.

This side-scrolling action game has you taking on enemies across beautiful lands.

The game is set to launch later this year.

In Chinatown Detective Agency, you play Amira Darma, a detective solving mysteries in Singapore. The game takes inspiration from the Carmen Sandiego games, meaning you’ll be solving puzzles and uncovering leads during your investigations.

No release date has been announced but it is coming to Xbox One, PC and Game Pass at launch.

Cursed to Golf is a golfing and adventure mixed into one ” where every shot counts.” You’ll encounter numerous golf hazards, power-ups and more.

No release date has been announced.

Lost Eidolons is an upcoming turn-based tactical RPG that has you going to war with a corrupt empire called Eden. You’ll be able to use the power of the lost Eidolons to win battles and become victorious.

The game is set to launch later this year on Xbox and PC.

It’ll be launching this summer for Xbox Series X & S and be on Game Pass on Day One.

Clash: Artifacts of Chaos has you exploring the world of Zenozoik as Pseudo, a hermit who is “living on the fringes of a society that obeys one law, the ritual.”

The game is launch in November 2022 for Xbox Series X & S and Xbox One.

Last year, Paradise Killer launched and had resounding approval from critics. Now, it returns with a shiny coat of paint as the game launches on Game Pass. If you like solving cases while dealing with some of the weirdest creatures in existence, this is for you.