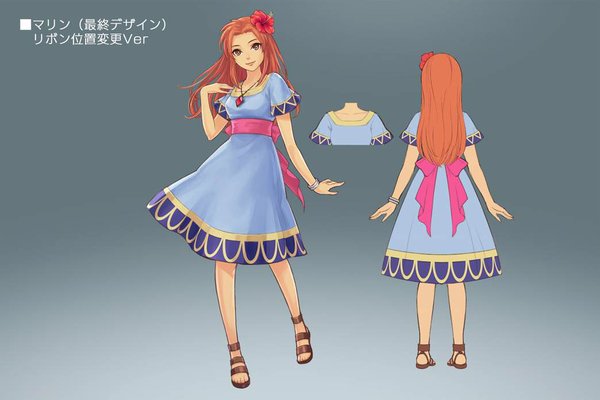 Hyrule Warriors Legends to Bring Back Marin from Link’s Awakening

Yesterday at Wondercon Nintendo announced that Marin from Link’s Awakening will be joining the battle in Hyrule Warriors Legends, available on the 3DS. She will be a part of the next DLC pack and will join Skull Kid and Linkle, who are already a part of the battle.

In the Game Boy classic game, Link’s Awakening, Marin saves Link’s life after his ship wreck on Toronbo Shores. She lives in Marble village and is often seen near the statue of the Flying Rooster, singing. She was even referenced in Ocarina of Time through the uncanny resemblances to Malon from Lon Lon Ranch. This isn’t the first time that Marin is a part of a battle, as she also appeared as a collectible item in Super Smash Bros. Melee.

Marin is often found with her harp nearby and if that is an indication, it is most likely that the harp will be her weapon of choice. Although Nintendo didn’t revealed what she will bring to the fight, it is safe to say fans everywhere are excited for this blast from the past.