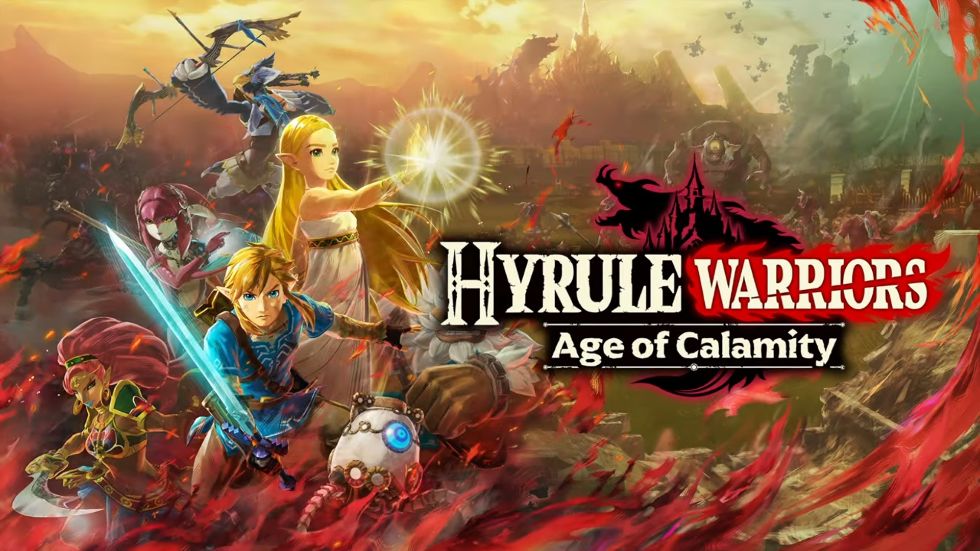 In what is becoming a more common trend for Nintendo, another new game announcement has been made out of the blue on Twitter. Eiji Aonuma, the producer of The Legend of Zelda series and Yosuke Hayashi, the producer of the Warriors series from Koei Tecmo Games, presented the first footage of Hyrule Warriors: Age of Calamity.

Set 100 years before the events of The Legend of Zelda: Breath of the Wild, Hyrule Warriors: Age of Calamity fills in the gaps of the downfall of the kingdom of Hyrule at the hands (claws?) of Calamity Ganon. The game will feature the same hack ‘n slash gameplay of the previous Hyrule Warriors titles. In the short trailer, we can see that Link and Zelda will be playable alongside the four Champions, Urbosa, Mipha, Daruk and Revali. I believe I may have caught a glimpse of Impa in a cutscene as well, but whether or not she will be playable remains to be seen.

Koei Tecmo is developing the game, working closely with the Zelda team on “gameplay direction, graphics, world and all dialogue.” Apparently wasn’t the case with the previous Hyrule Warriors titles, but I am glad to see the attention to detail in bringing this world back with a new gameplay style. Many of the features from Breath of the Wild appear to be making a return in Age of Calamity, including the Sheikah Slate (we see the Bomb and Stasis runes in action), as well as the Flurry Rush, which we see Urbosa utilize against a Yiga Clan Blademaster.

And once again, in a similar fashion to Paper Mario: The Origami King and Pikmin 3 Deluxe, Nintendo has made sure that we won’t have to wait too long to experience this game. Hyrule Warriors: Age of Calamity will release on November 20th, 2020.

Eiji Aonuma also offered a brief comment on the development of the sequel to Breath of the Wild, saying that “in order to make the vast world you enjoyed exploring in the original game even more impressive, the team is working hard on its development. So you’ll have to wait a bit longer before we can provide more updates.”

While it might be disappointing to some that we still know so little about the highly anticipated sequel, Hyrule Warriors: Age of Calamity is sure to make that wait a little less excruciating. I for one was very surprised to see this announcement, and though Hyrule Warriors on Wii U was a little too repetitive for my tastes, any chance to step back into the world of Breath of the Wild is one that I am thrilled to take.